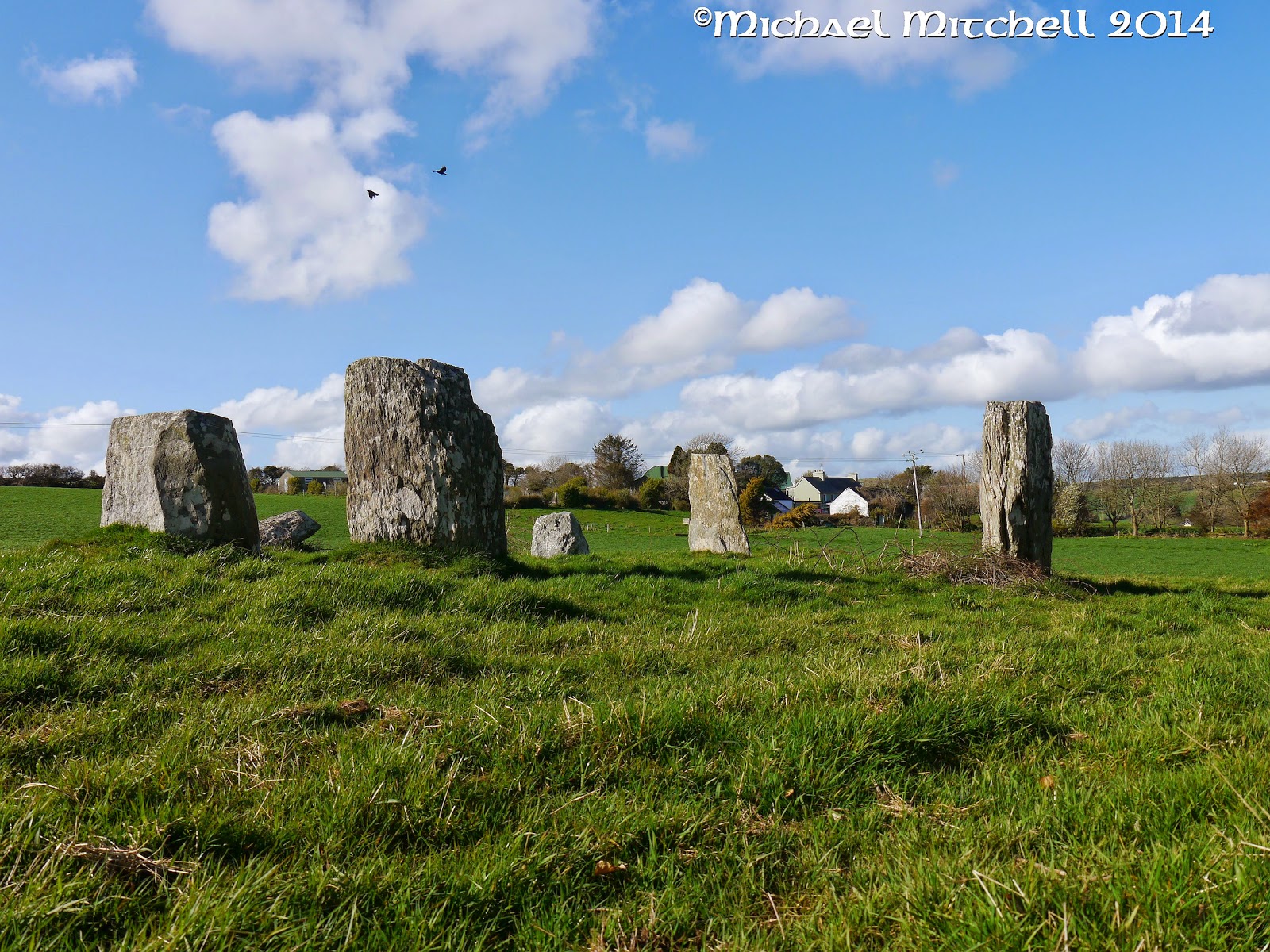 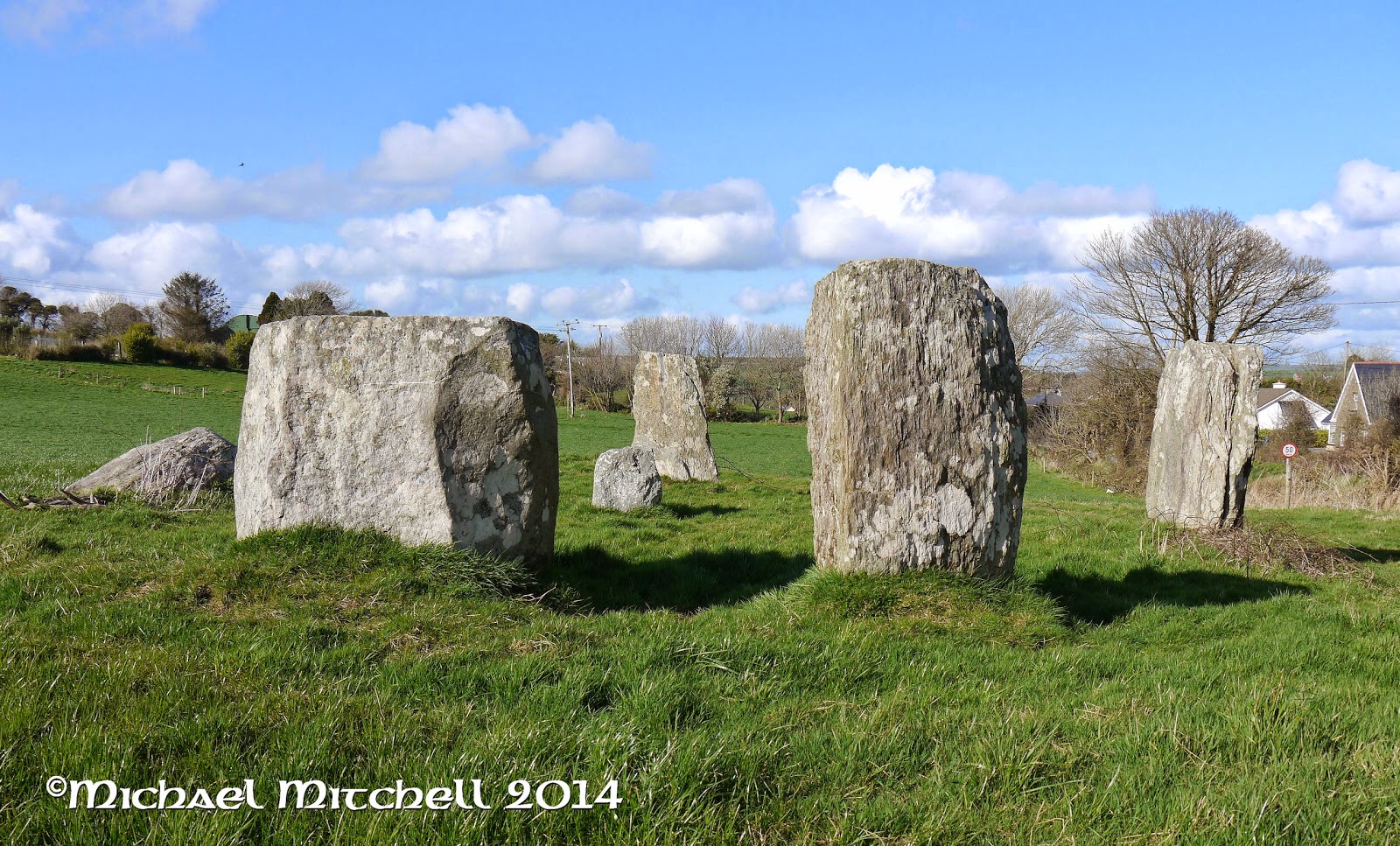 7th April 2014
I'm in the Clonakilty area, so decide to drive up to Shannonvale and a quick look in on Templebryan Stone Circle
Having parked up it's an easy walk and step up into the field where Templebryan circle sits.
Five stones remain, four upright and one fallen as well as a central quartz stone.
it is thought that there were originally nine stones to the circle.
It was good to see that the brambles that were starting to become rather intrusive last time that I visited had been cleared back

Posted by Michael Mitchell at 21:26