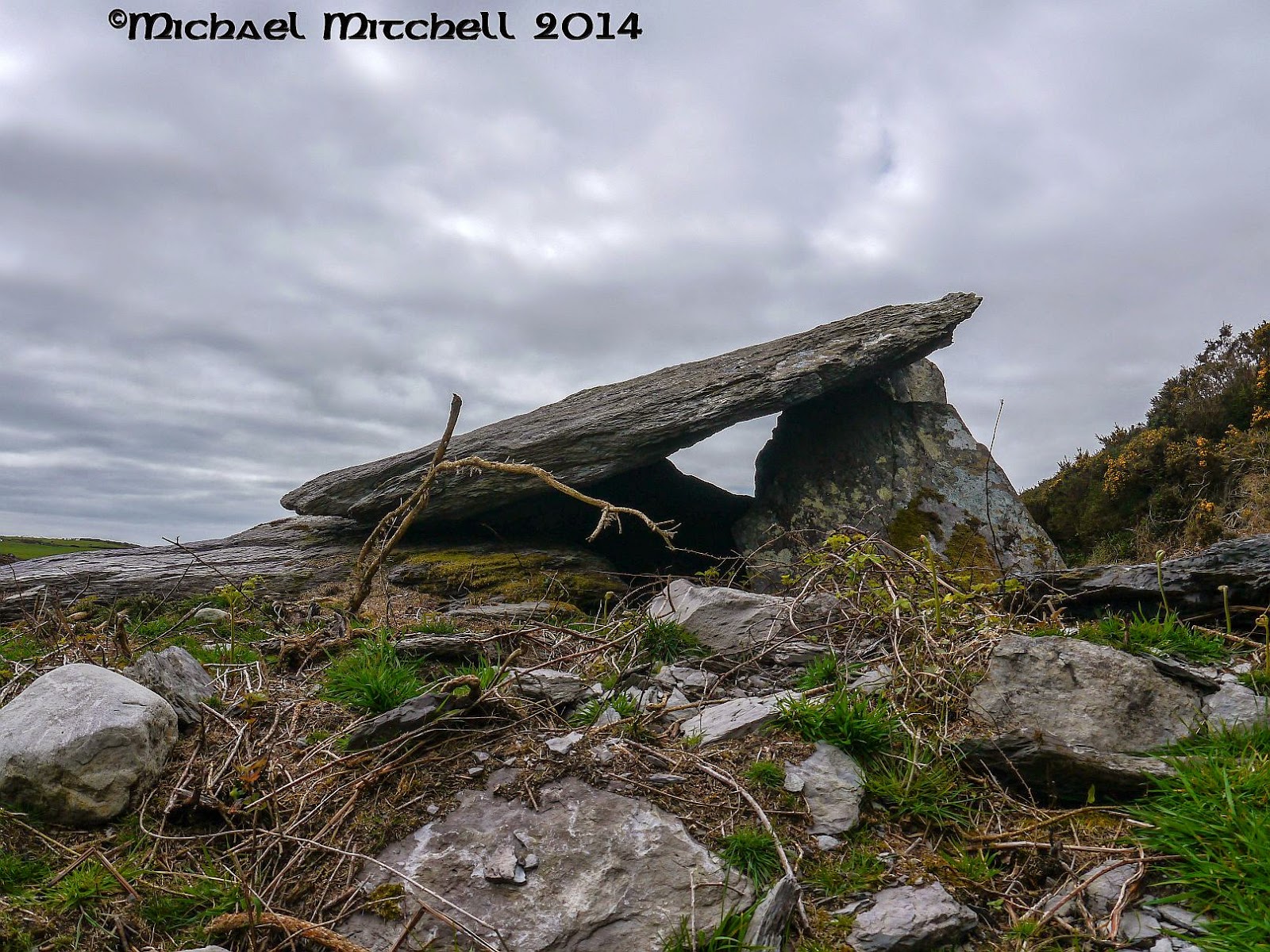 13th April 2014
I have been meaning to visit this site since I moved here in 2011. I have lost count of the number of times that we have driven by on our way further down the Mizen and I have said "next time" Today is the day that I will put that right.
The sun is shining and it's a beautiful day here in West Cork. We drive through Ballydehob and Schull heading for Arderawinny Portal Tomb. There are a few stopping spaces either side of the road, one at the top of the hill and two more a hundred or so yards further on towards Toormore.
I have a rough idea and an even rougher map of how to get across to it. The first attempt through the bottom field was unsuccessful when I come across an impenetrable thicket of Brambles and vegetation. There are a couple of newly arrived Willow Warblers, warbling away in the willows - my first of the year so not a complete waste of time. 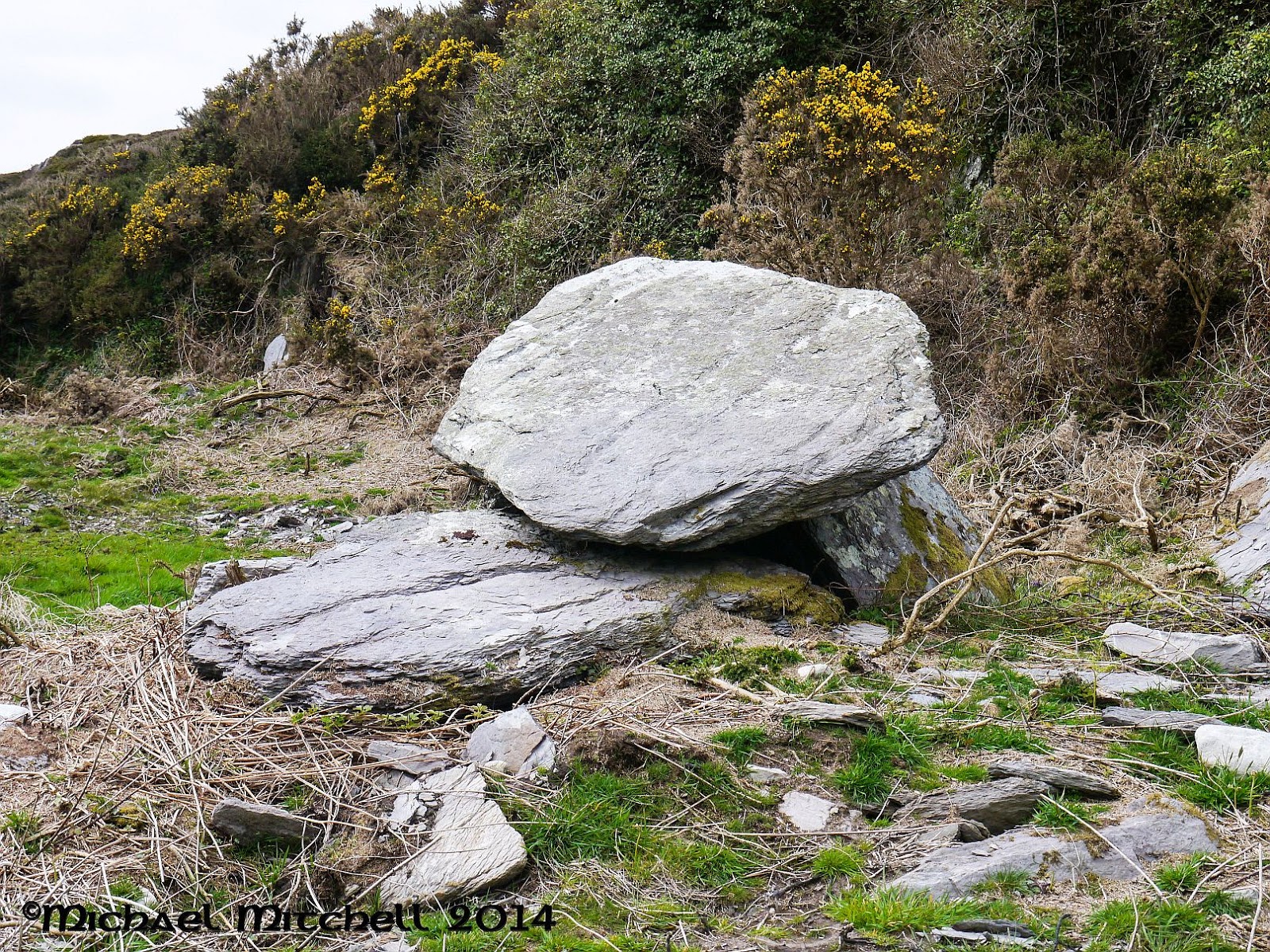 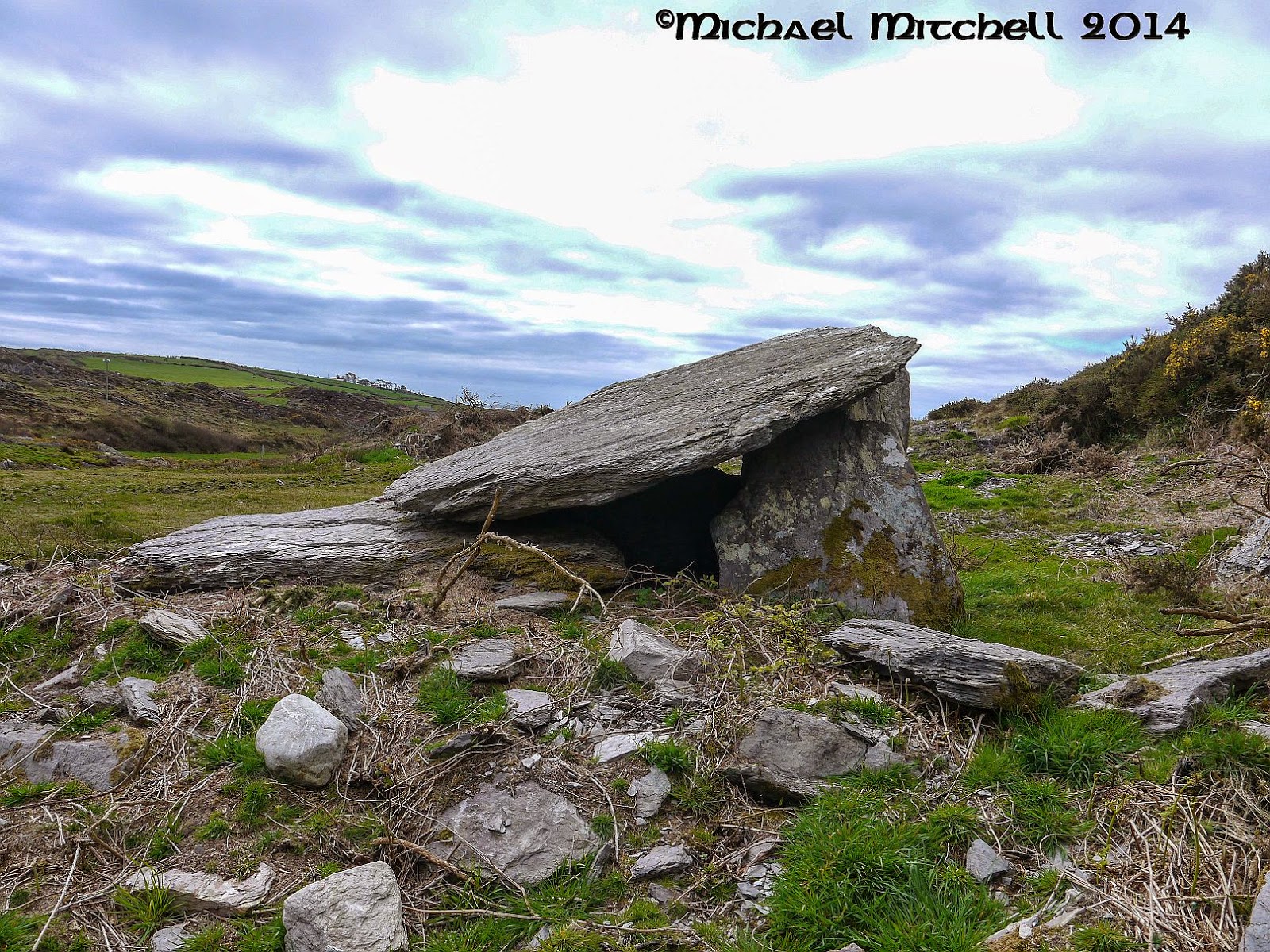 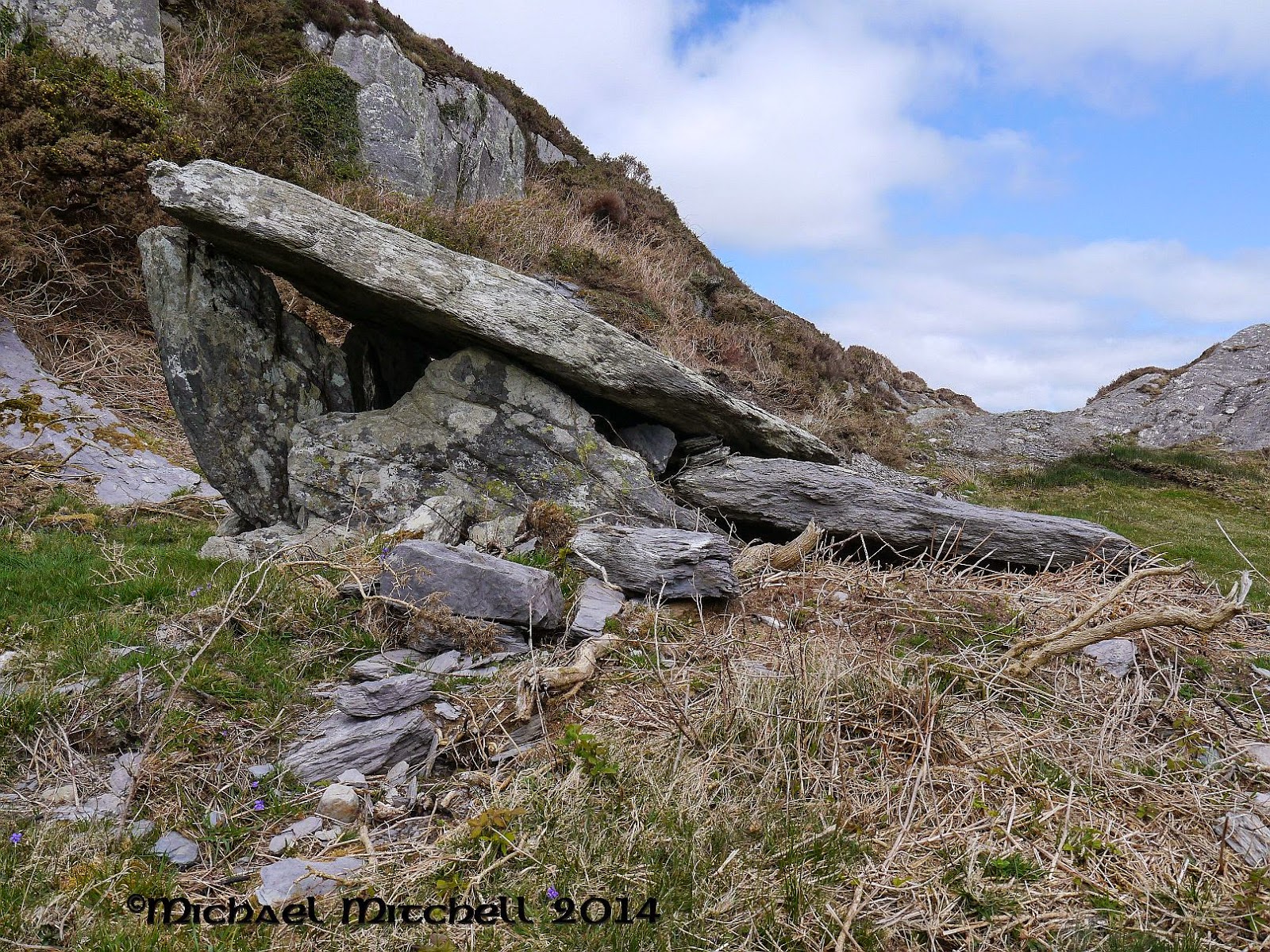 I walk back up the hill to the highest point and look for a way in. There's a barbed wire fence which I manage to go under relatively unscathed. This is when I discover that there is actually a gate 50 yards further up !!
Anyway..... once through, there is a track of sorts going left then veering right. A small easily negotiated boggy area tthen over to the stream. There's another barbed wire fence, but it's an easy one to duck under or step over depending where you decide to cross. Over the stream and over to the "cliff" and there is Arderawinny Portal Tomb. This is one of only two portal tombs in  Cork. Unusually, the entrance faces into the cliff. Two overlapping capstones rest on the portal stones and door stone. The whole tomb leans heavily to one side ! and is aligned NE-SW.
The vegetation that I have seen in many photographs has been entirely removed.
This place is well worth making the effort to visit. It is actually only about 100 yards from the road and easy to get to (once you know how !!) 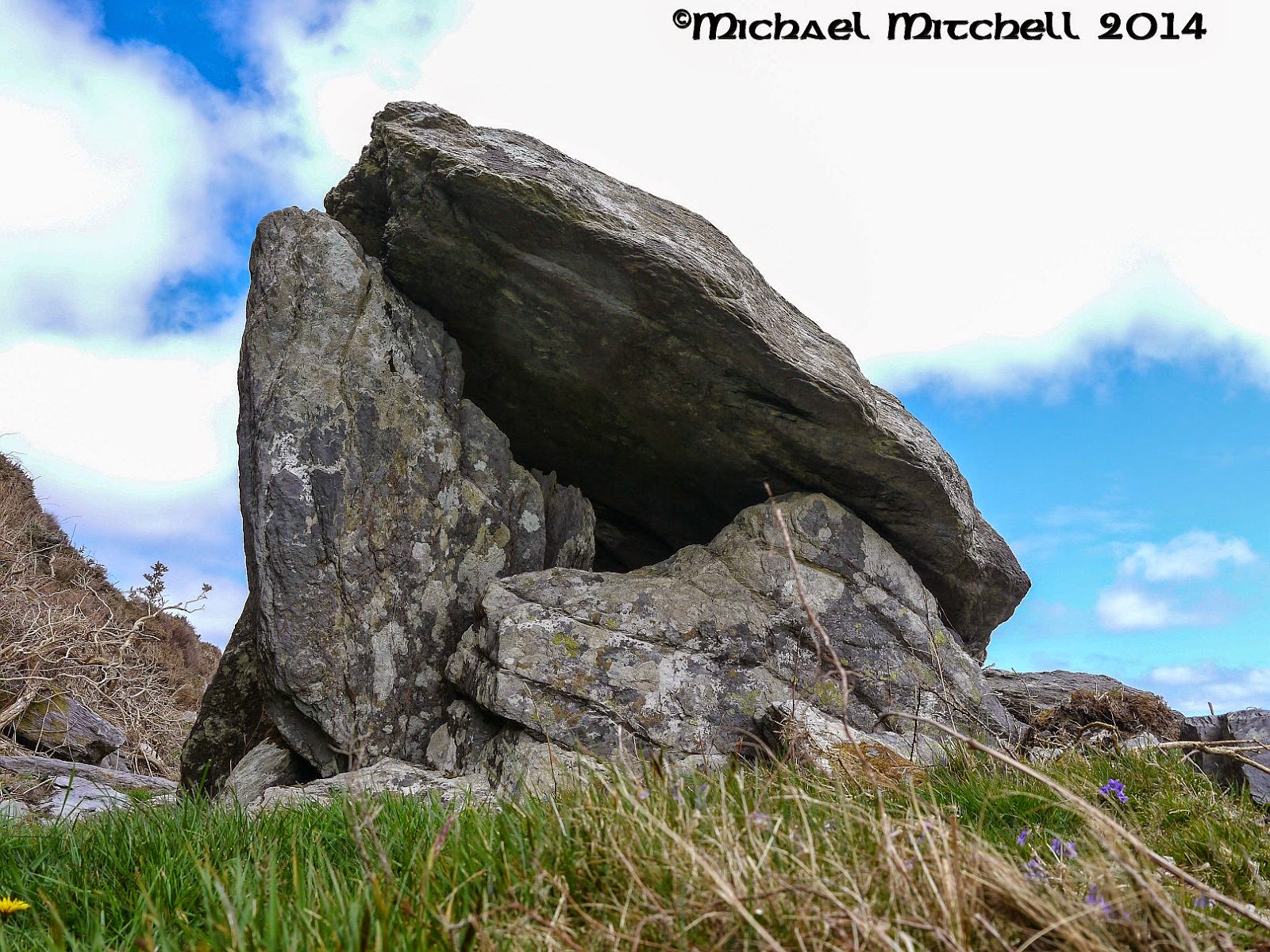 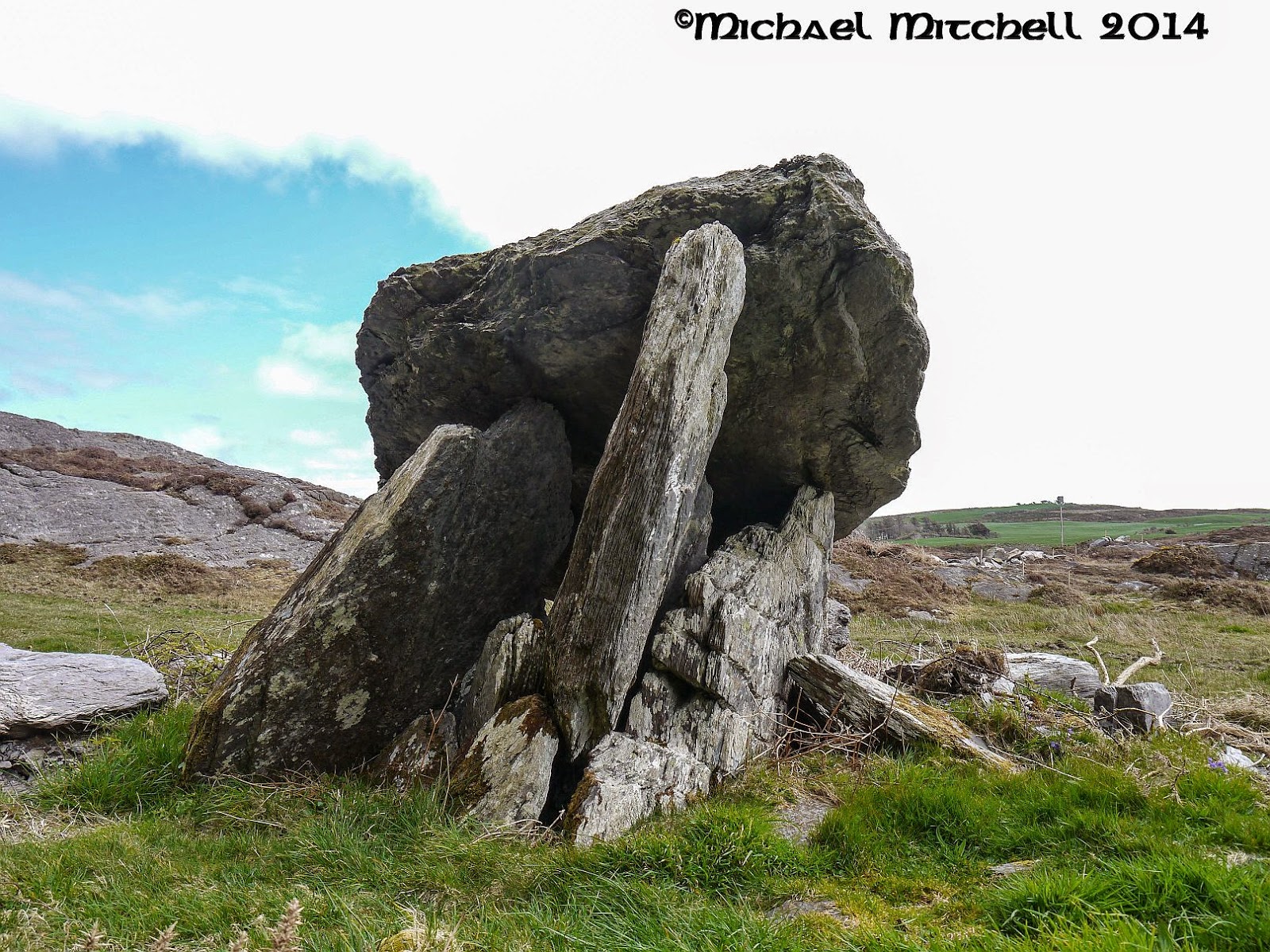 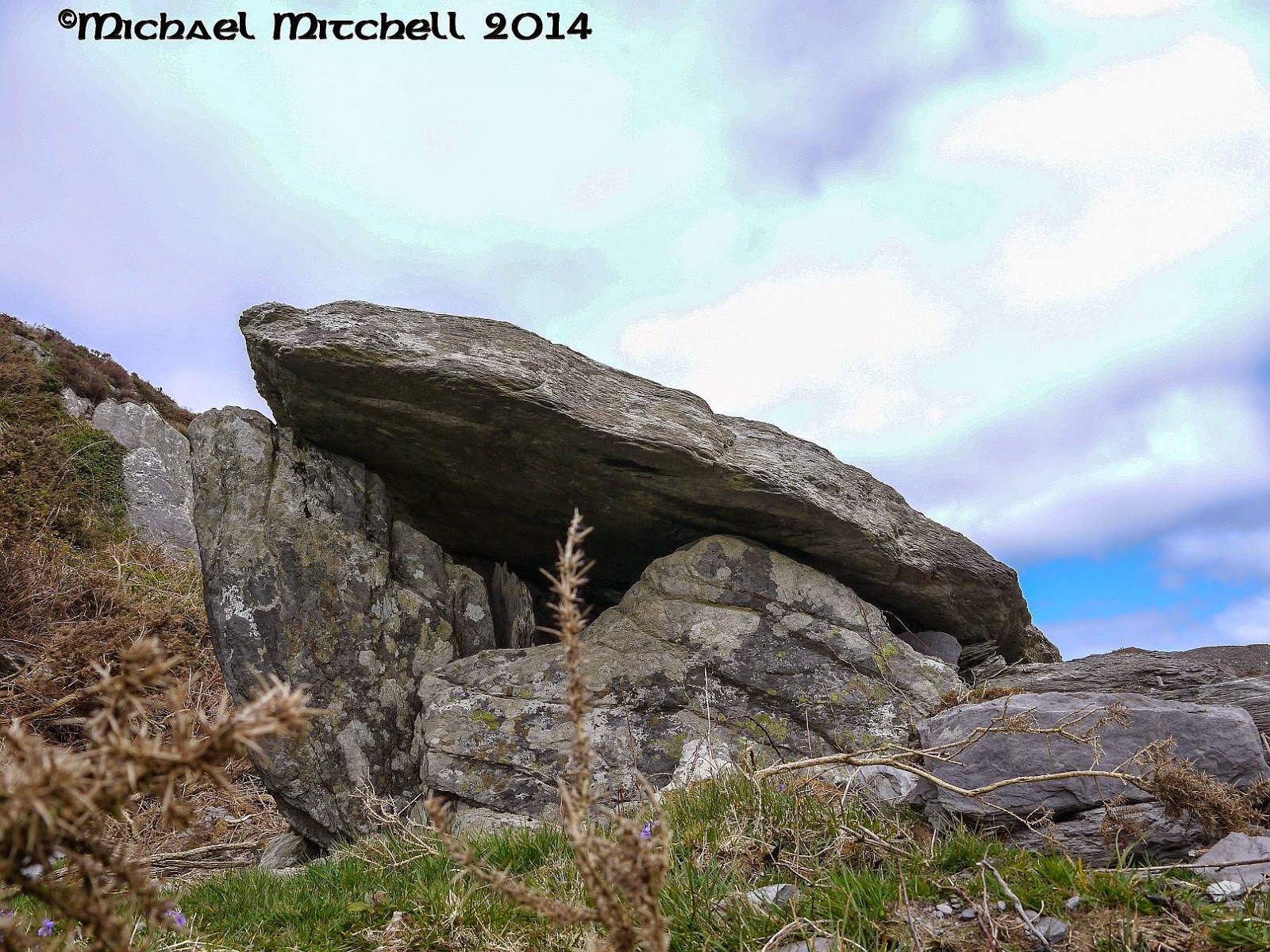 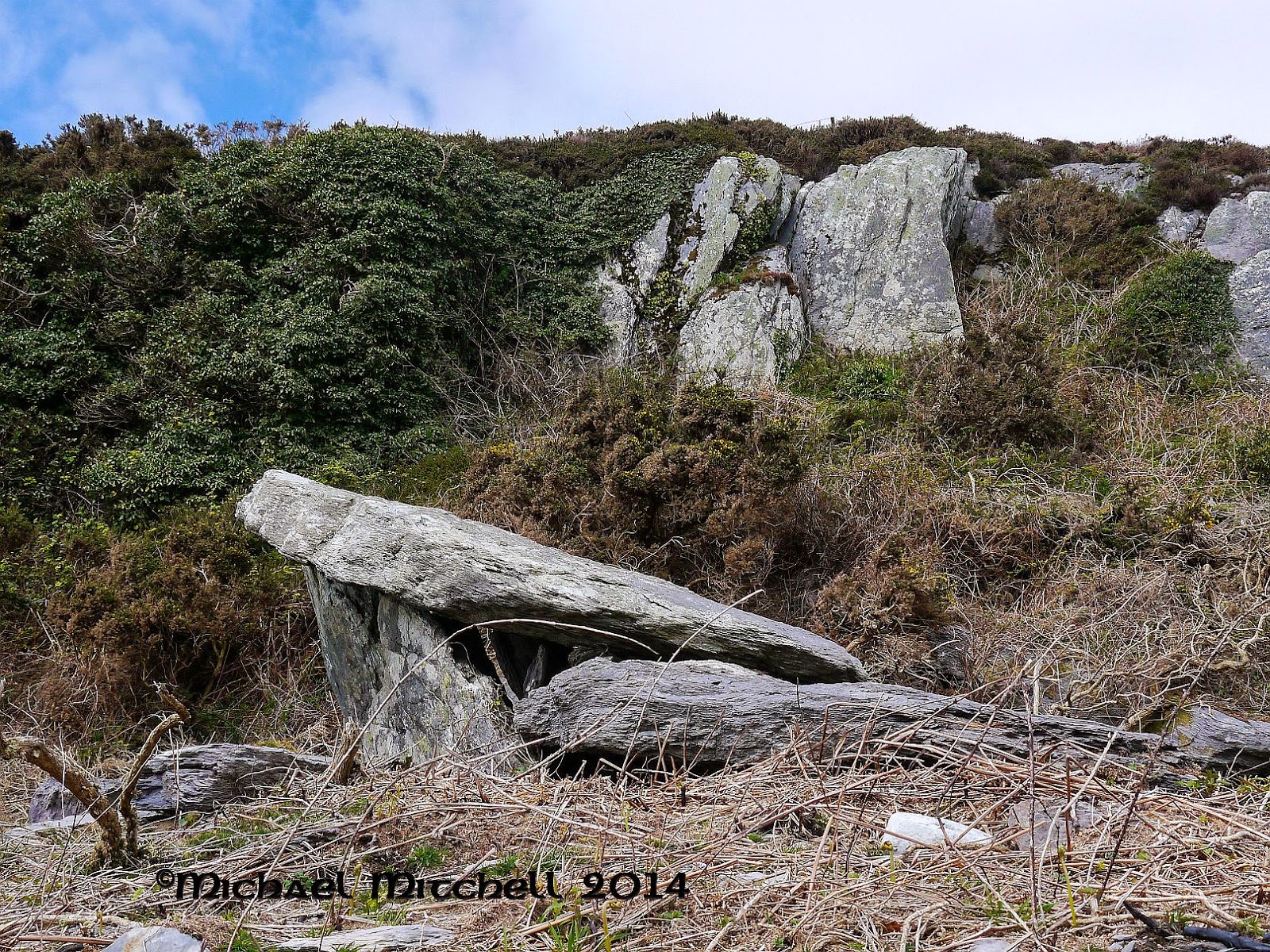 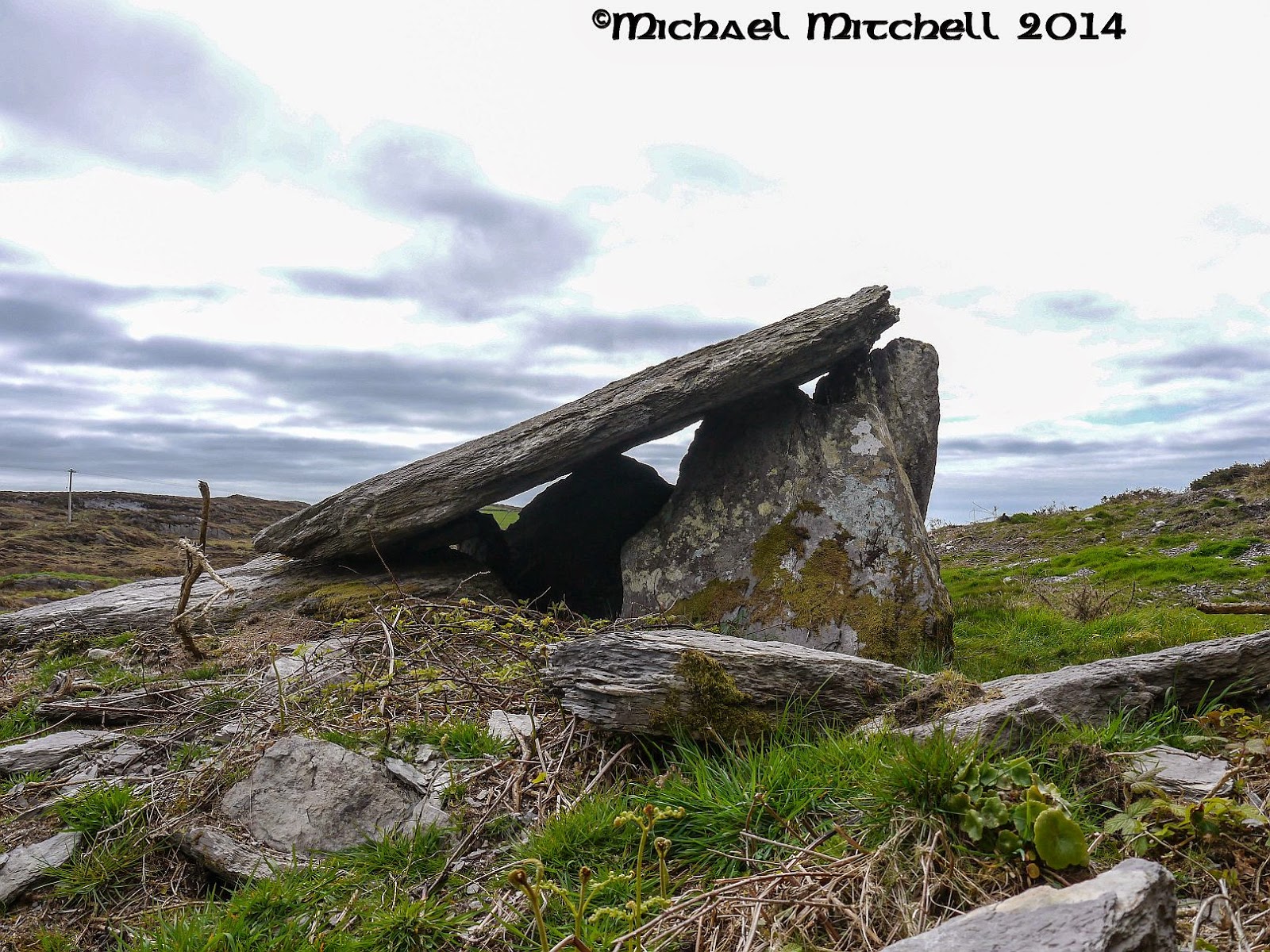 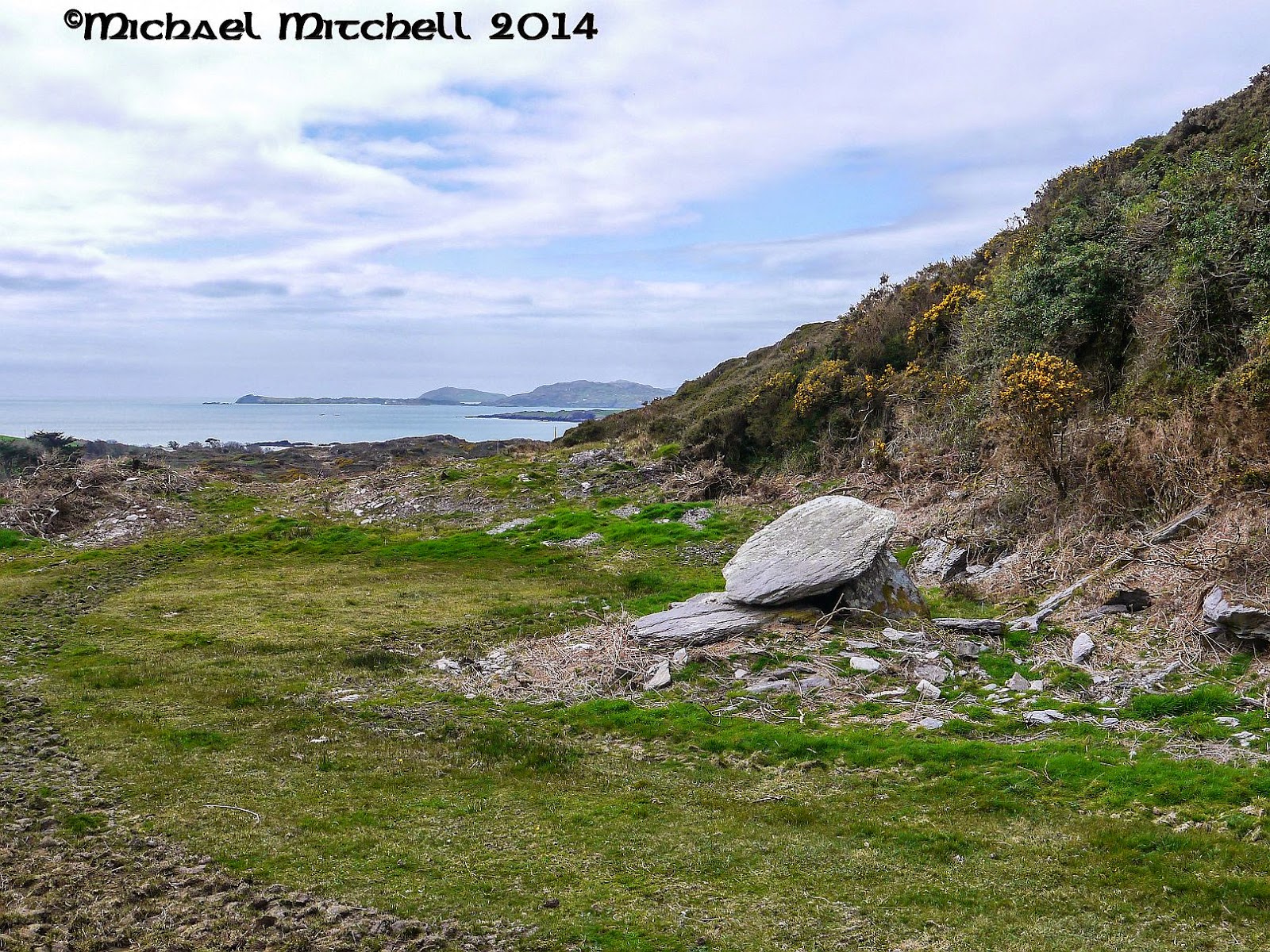 Posted by Michael Mitchell at 21:43