9th September 2013
We wake to a lovely warm, sunny morning. I've got today off, and there's a place just up the road, that I've been meaning to visit for ages now. We have driven past it so many times on the way to Durrus and always said that we will stop one day !. Well, today is that day.
As you come into Ballycommane from the Maulinward direction, there is a new (empty house) on the right. A track leads up between it and the next house, and it is in the grounds of this next house that the Ballycommane Boulder Burial and Stone Pair sit
Luckily, the owners are out gardening and give us permission to have a look. They have totally cleared the area around the stones. I had read that the area was buried in a mass of brambles and weeds, so maybe we were right to keep putting off our visit until now. 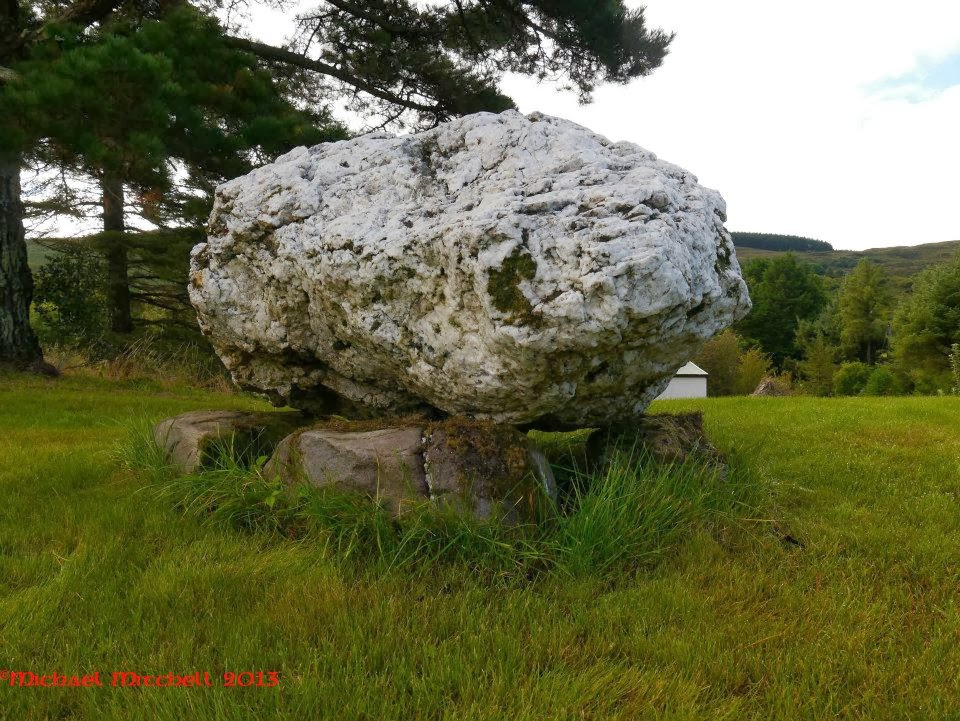 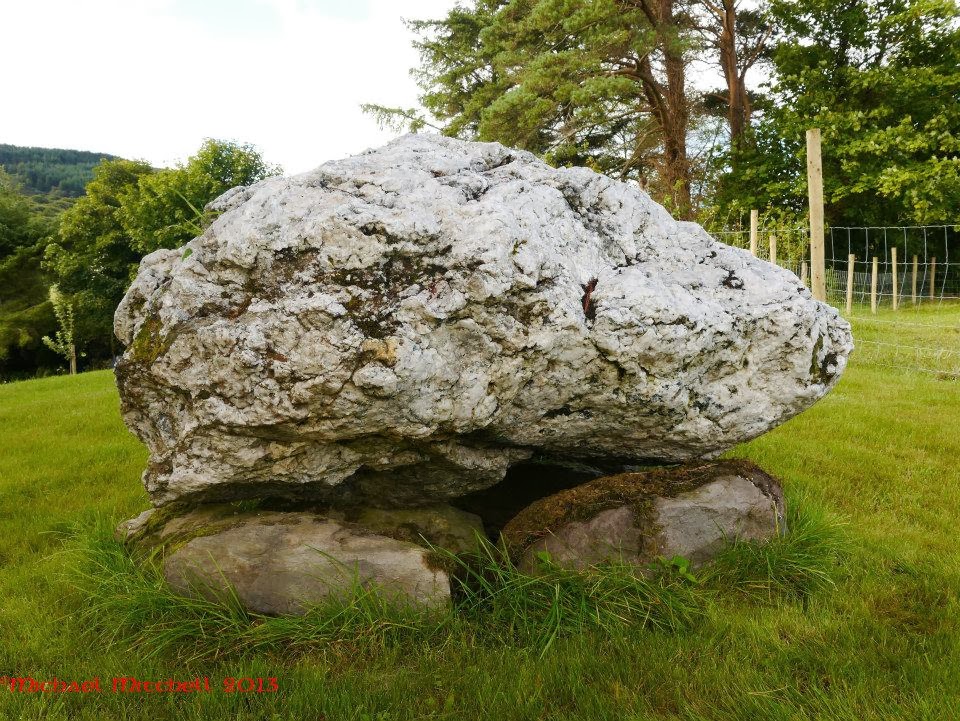 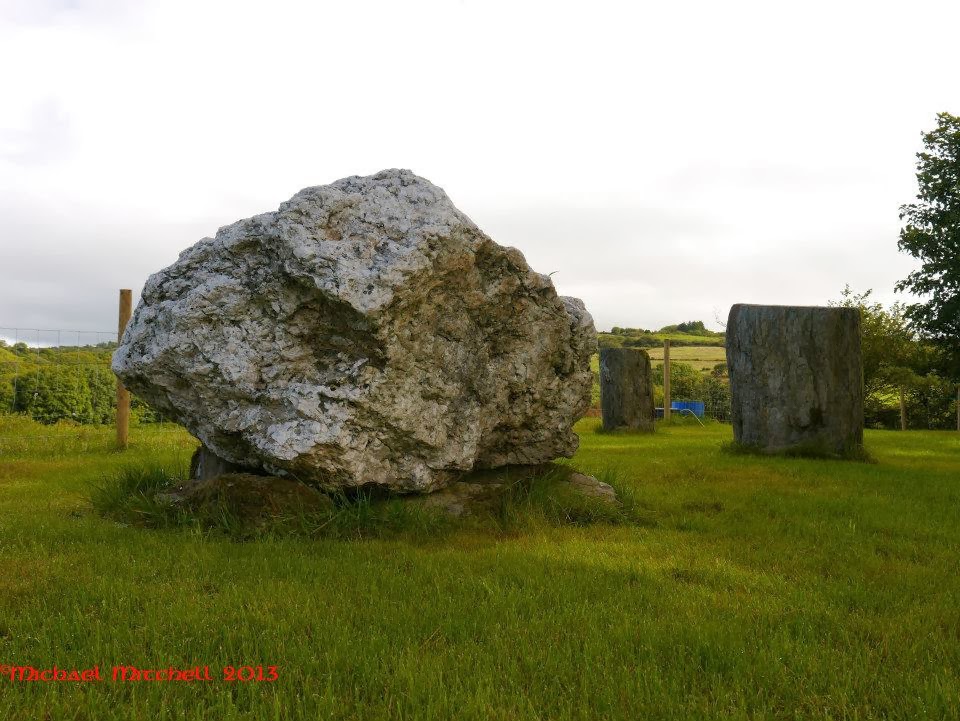 They sit on a slightly elevated hill. the stunning large boulder is made of quartz and sits on three supporting stones. The Stone Pair sits just over 2m to the ENE. Aligned NNE-SSW and set 2.9m apart, the two rectangular blocks are of similar size. The NE stone measures 0.8m x 0.6m x 0.85m, while the SW stone is 0.9m x 0.8m x 0.95m (measurements - NMS). They both have the appearance of being fossilised.
Both sites were excavated in April 1989 by a team from UCC.led by W O'Brien. No evidence of human remains or charcoal were found under the Boulder Burial,
A small stone lined cist was found by the NE stone. Measuring 0.25m x 0.24m x and 0.13m deep. Again, no evidence of human remains were found.
O'Brien gives the stones measurements as 1.28 x 0.83 x 0.76 and 1.29 x 0.76 x 0.56 respectively and spaced 3.05m apart.
Chatting to the owners, they have a plan of renovating the old outbuildings and maybe opening the site to the public sometime in the future. 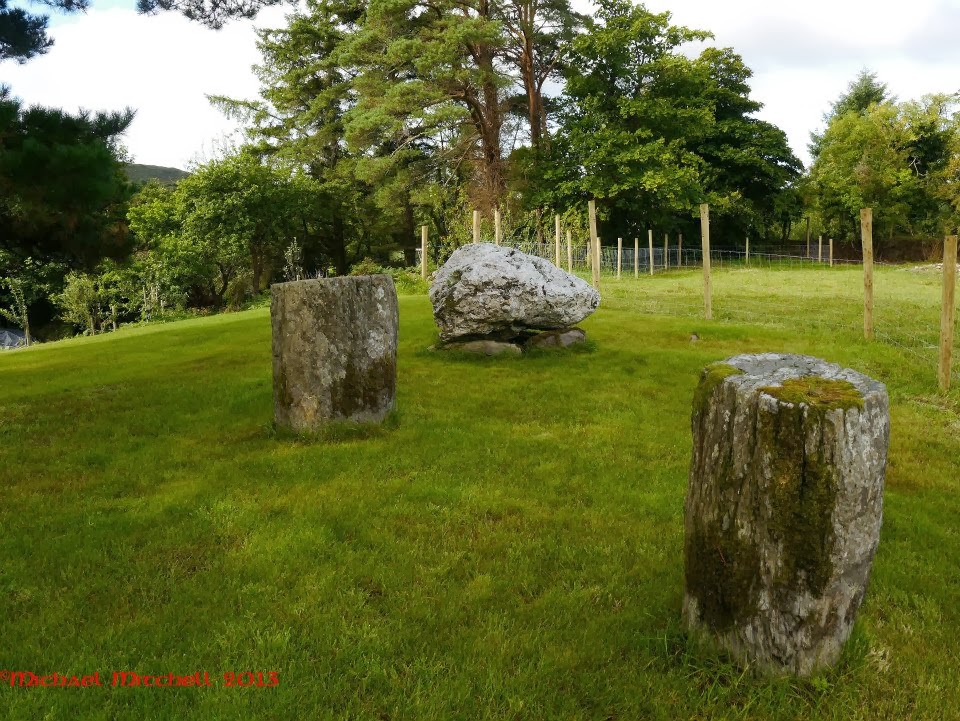 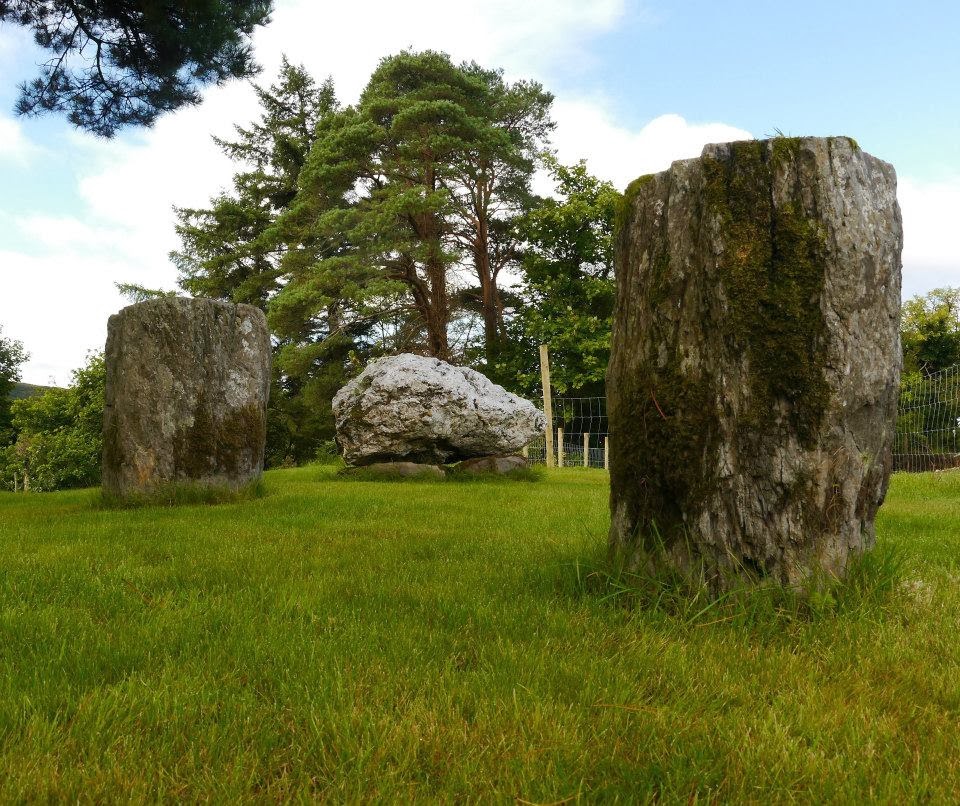 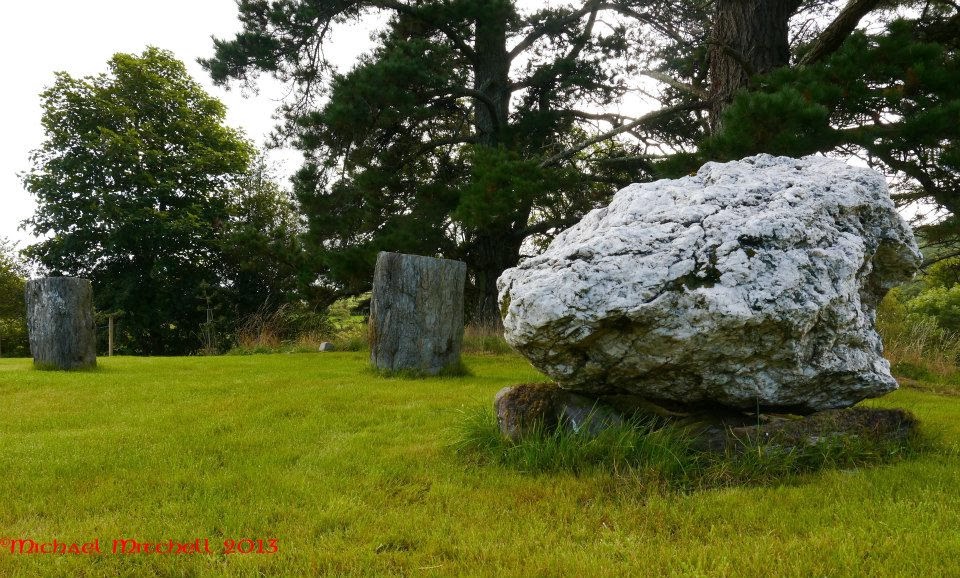 Posted by Michael Mitchell at 20:22