8th July 2014
It's a week later and I'm back up in the Boggeragh Mountains. On the way, I popped in to see the stone row at Bealick, just outside Macroom.The row is in a sad state, half buried in Brambles, 1 stone missing and an electricity pole right next to one of the remaining stones.Set ENE-WSW, with the tallest stone at the SW, standing at 2.4m. The missing stone stood SW of this.The row is in a field on the banks of the Sullane river opposite Bealick Mill.There was a group of 5 Grey Herons in the field, probably a famiy group whenI arrived 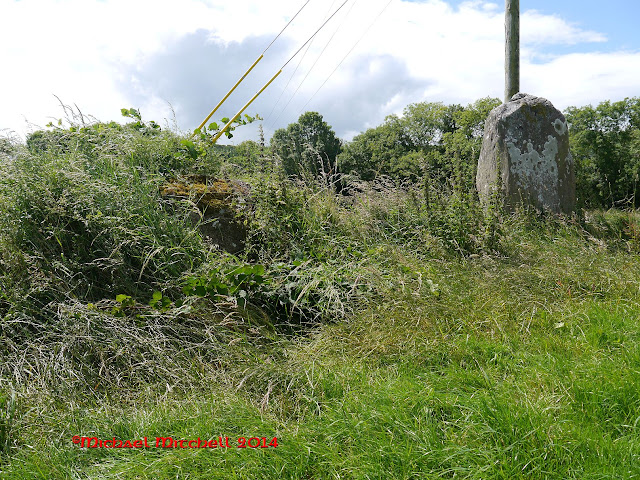 Just West of Ballinagree, is the Townand of Knocknagagappul. In a field to the right somewhere aong the lane is a standing stone. Luckily, the Farmer is coming along the lane and tells me which field it's in. Set on the usual NE-SW alignment, it's quite a big stone at 2.4m high x 1.2 x 0.6. 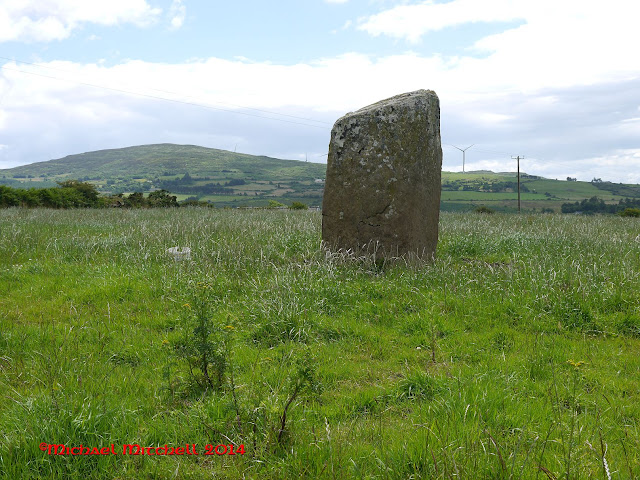 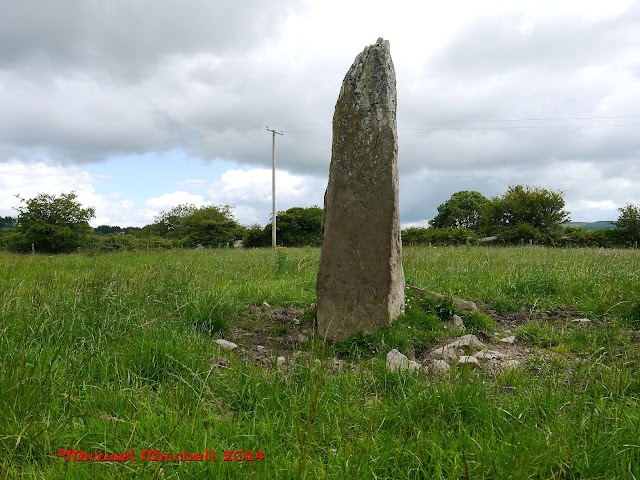 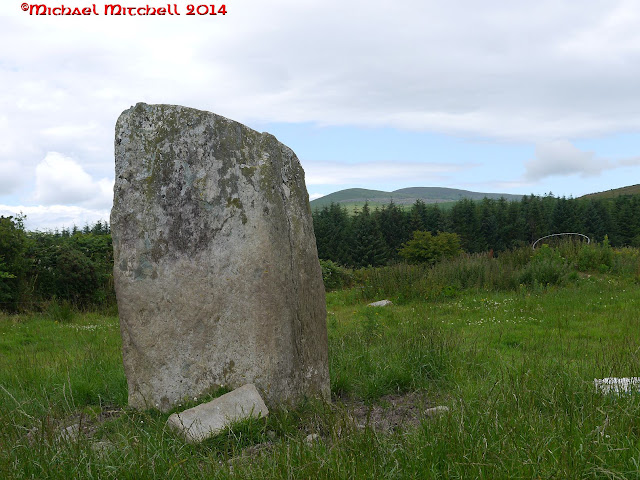 Further along the road are two groups, of what the NMS call - Anomolous stone groups.They are at either end of the same field and unfortunately have been rather damaged.The group to the East, has one stone standing with two laying prostrate, as described in the NMS. The Group to the West however, couldn't be found, though there were piles of rubble in the area. 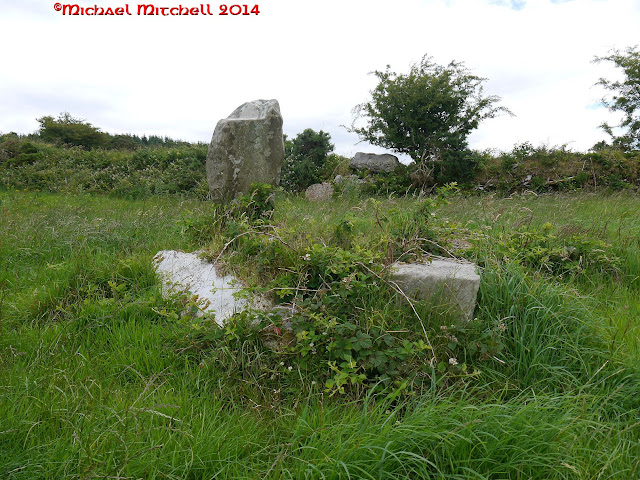 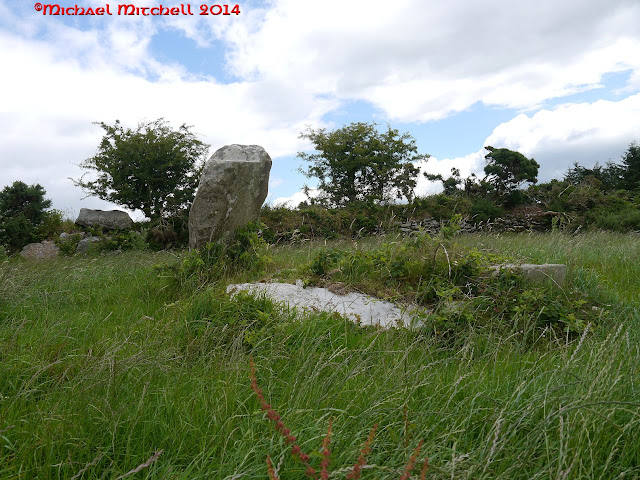 Carrying on again, the road eventually comes out onto more open moorland. Here on the South Eastern slopes of Musheramore is the remains of a nice Stone Row. Only one stone is still upright, with two large slabs laying flat. There is a further large slab, though it is not known, whether this was part of the row.
The upright stone is 2.5m in height. There are good views to the North and East. 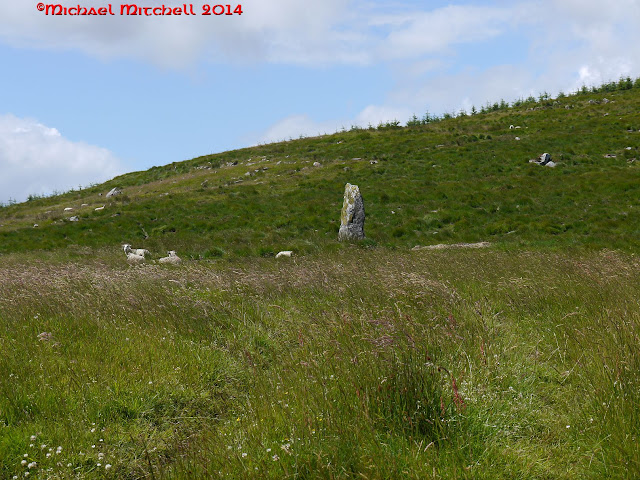 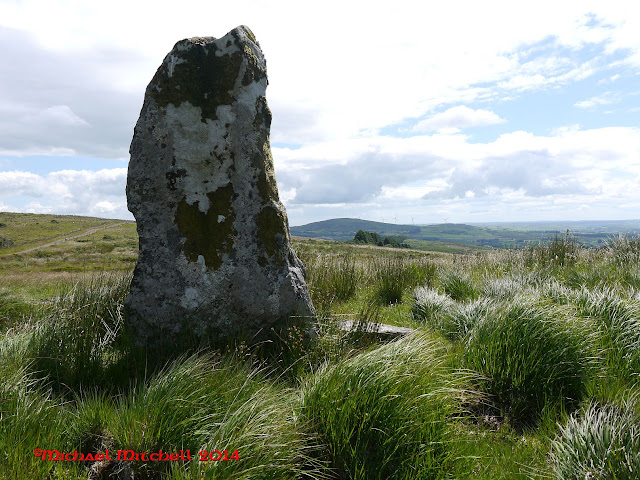 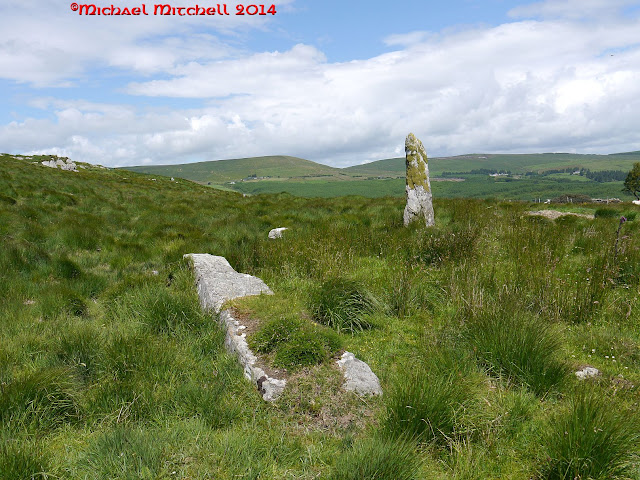 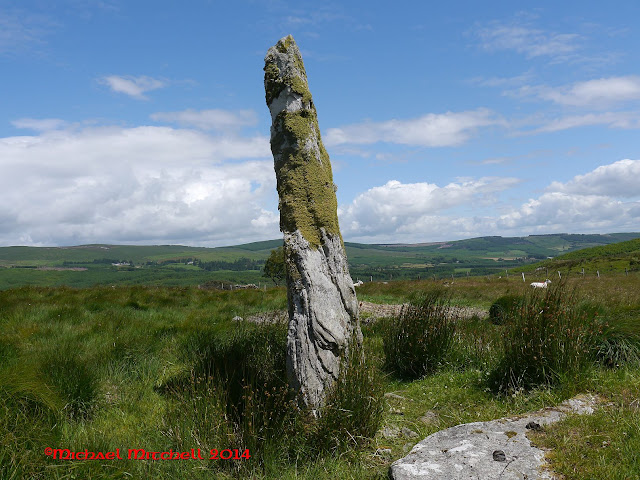 Next stop and the main purpose for todays trip is round the other side of Musheramore for a trek to it's summit.
Parking by the entrance to the Millstreet country park, it's a stright slog up the hill to the cairn on the summit.
Musheramore, which at 644m (2178ft)  above sea level, is the highest in the Boggeragh mountain range.
The views in all directions are absolutely magnificent. I'm not sure if the cairn at the top is ancient or of more modern making but i'ts a welcome sight nonetheless. 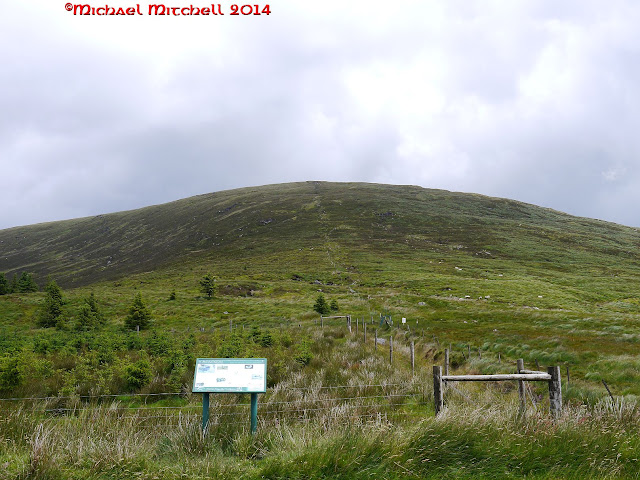 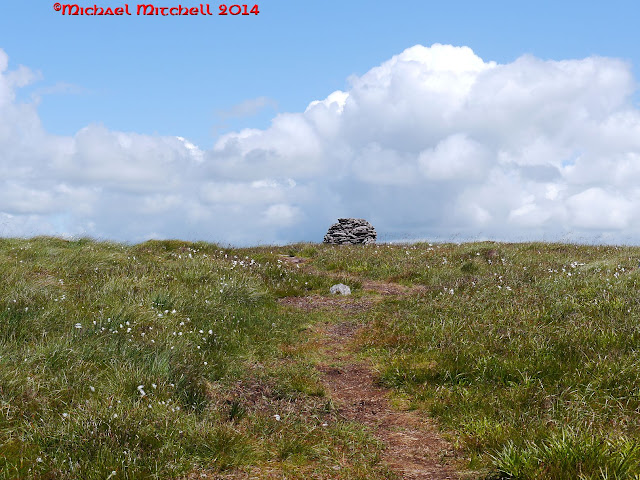 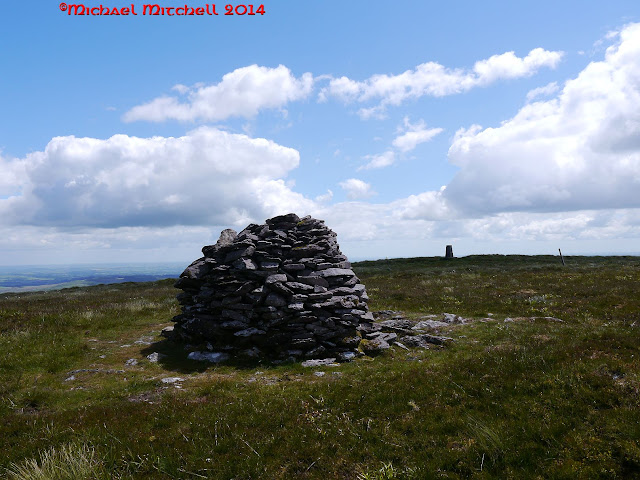 Back down at the car, I decide on one more set of stones to visit, while I am up this way. It's sort of on the way back, a few miles South East of Musheramore in the Townland of Caherbaroul.
I'm getting to know these lanes a bit better now and find my way easily. The stone pair at Caheraboul stand in pasture just to the West of Burren Hill. A quick jump over the field gate and there they are.
Again aligned NE-SW these two magnificent stones are of a similar height and size - 2.65m and 2.95m respectively. They seem to be  aligned towards the Sheehy Mountains, possibly the dip between Douce and Doughill. I woud love to be up here for the Solstice sunset just to see for sure.
The whirring wind turbines just across the road give a strange contrast between modern and ancient.
It's been an enjoyabe day, as I head back through the lanes, already thinking about my next trip. 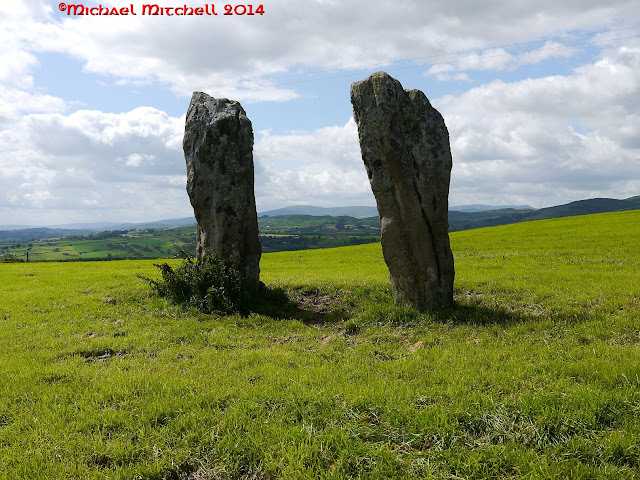 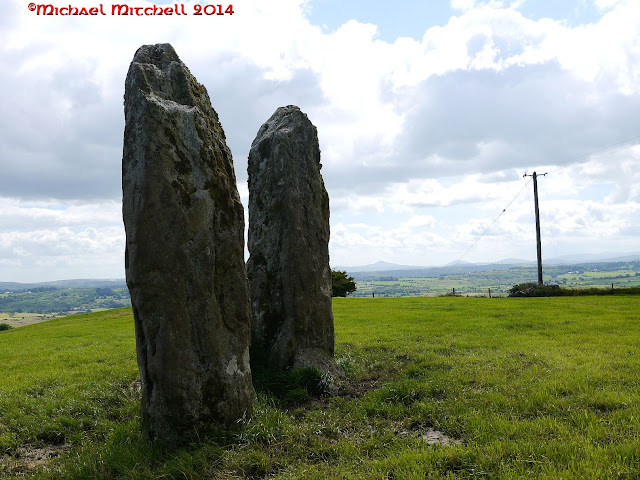 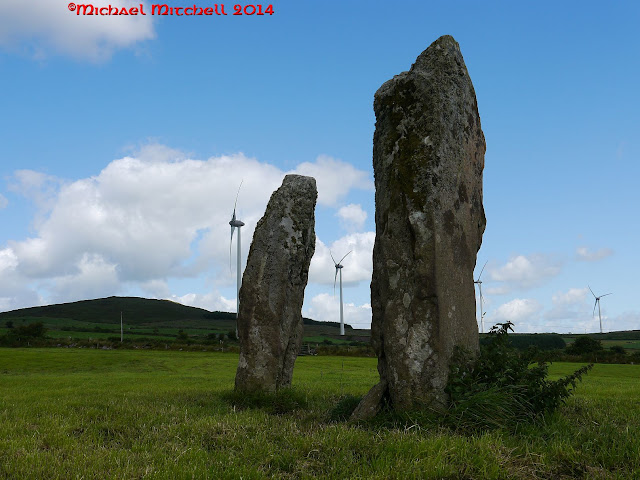 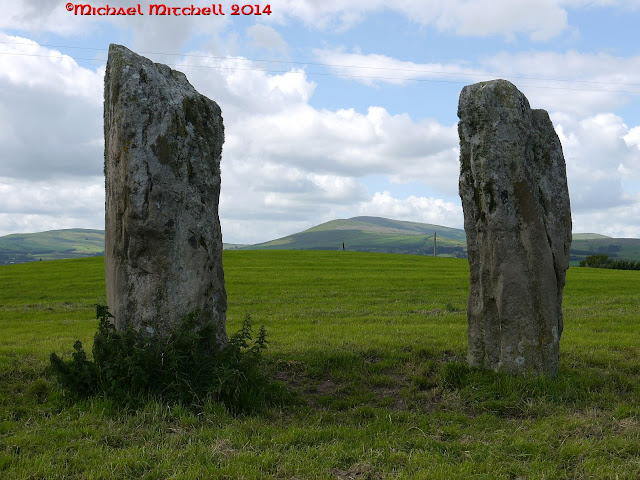 Posted by Michael Mitchell at 19:56