9th September 2014
It's great to be back in Devon, and on Dartmoor in particular. Today we are heading off to one of my favourite Dartmoor sites - Drizzlecombe.
From Okehampton - it's down the A386 from Sourton Down all the way to Yelverton. Then on the B3212 to Dousland, where you follow the lanes to Burrator Reservoir. Here it's straight over the dam and head through the lovely village of Sheepstor, out on to the open Moor, where you take a left hand turn and park at the small area by the ford, just before the Scout Hut.
From here, I would normally head through the scout hut grounds, to pick up the track called Edwards Path, which leads down to Ditsworthy Warren Farm. Look out for the dog kennels built into the granite field walls of this ancient Dartmoor Farm. There's a track which leads more or less straight to the Stone Rows, which will have been visible for a while now. 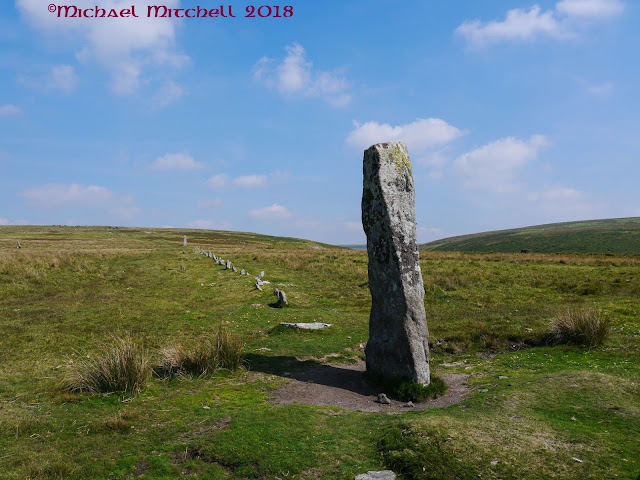 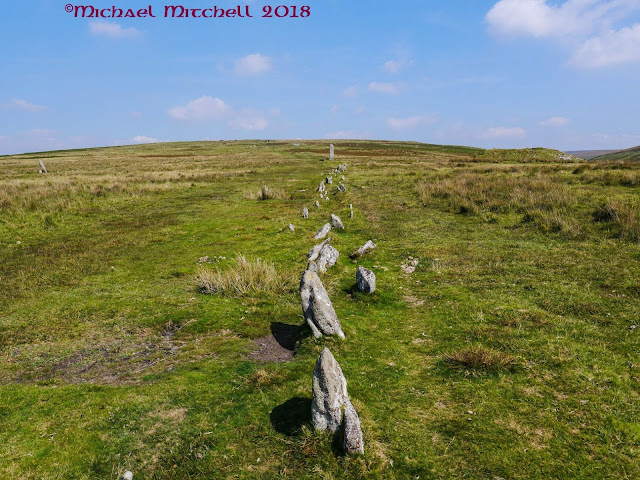 Today however, we take the track past the Scout Hut (which if you follow all the way, will take you past Eylesborough Mine and on to Nuns Cross). After about half a mile - head SW over the Moor, crossing a few small streams (including Drizzlecombe) and straight to the rows.
Drizzlecome has got to be one of the most spectacular, but unvisited ancient sites on Dartmoor. The area quite often lives up to it's name weather wise, but today it is bathing in sunshine. The white rumps of several Wheatears flit from boulder to boulder as we head for the first of the three rows.
Row one - is 149.5 metres in length - starting at cairn and finishing at a 3m high stone. The  single row has a double section for part of it's length and is orientated NE-SW.
Row two is the shortest of the three at 83.2 metres. Again it starts at a cairn and ends with a longstone - this one being a really impressive uniquely shaped  4.2 m high, making it the tallest on Dartmoor. It's a single row throughout and is orientated slightly East of NE-SW.
Row three is 149.5.metres in length - the same as row one and like the other two, has a cairn at one end (NE) and a longstone at the other (SW). This stone is 2.3m high. 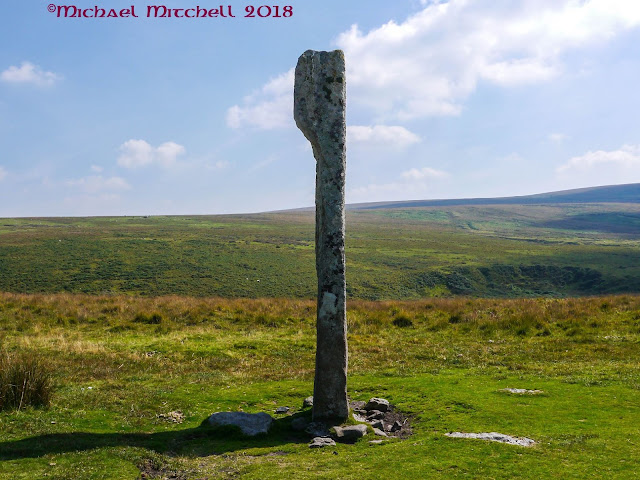 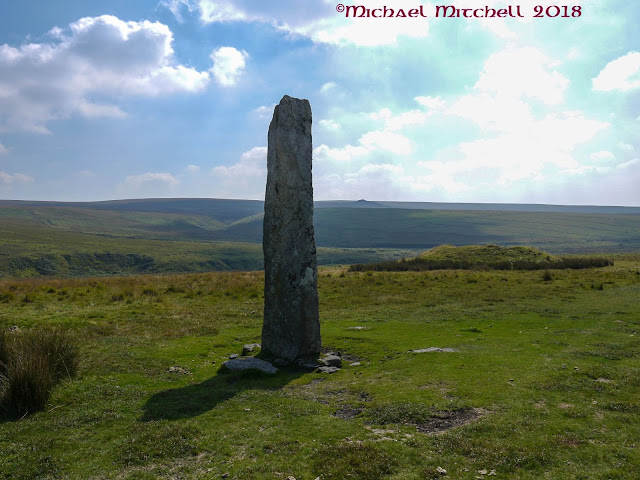 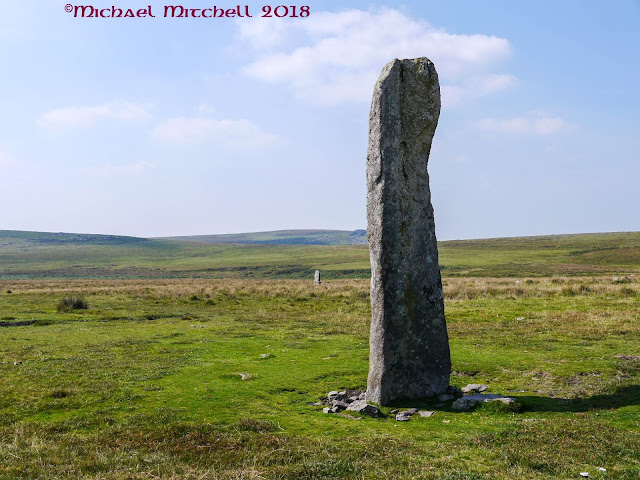 As well as the rows, there are at least 22 cairns and cists here, including the massive Giant's Basin, which although having been thoroughly dug into, still looks quite grand.
There are several enclosures, a hundred metres further up Higher Harter Tor, and a large settlement a few hundred metres to the West, known as Whittenknowles Rocks. 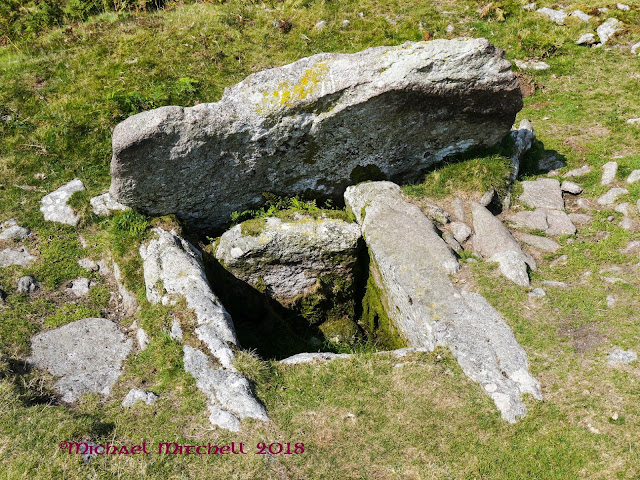 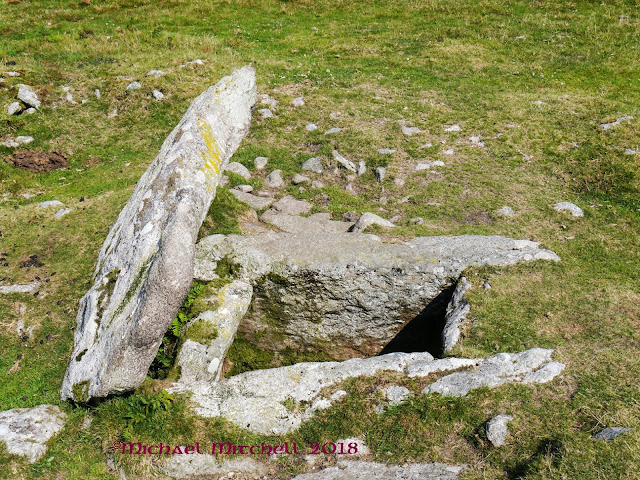 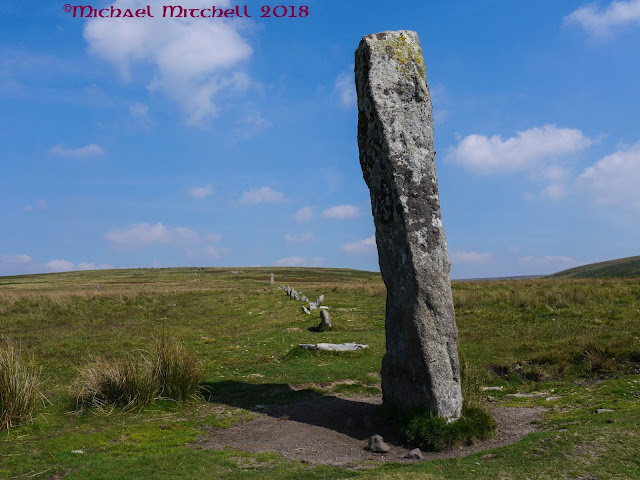 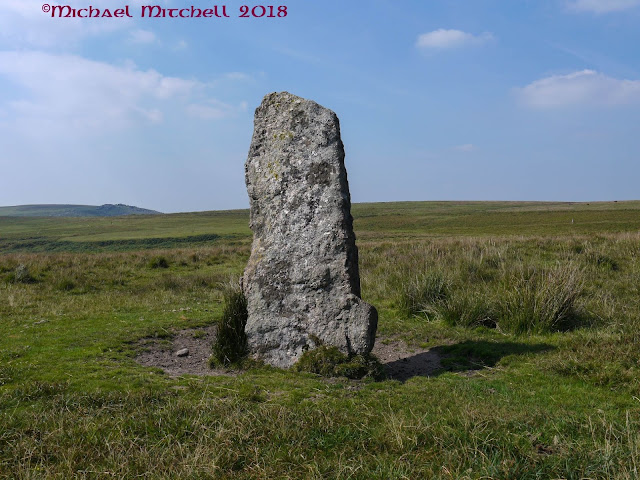 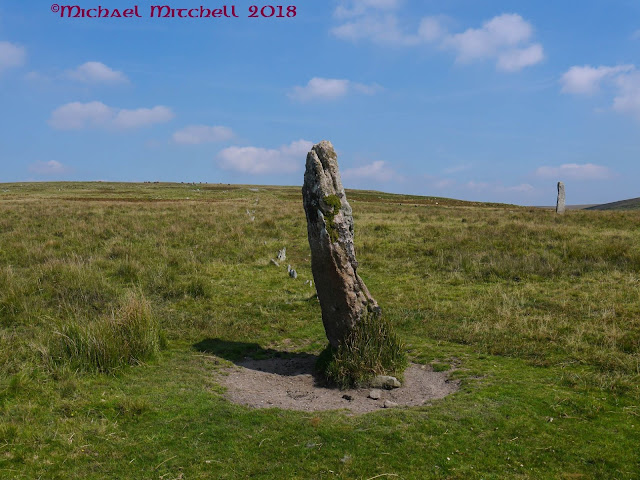 Posted by Michael Mitchell at 22:13