8th September 2014
The wedding is all over and it's time to head down to Devon via the scenic route, through Wales and into Shropshire. Now, there's an ulterior motive for going this way and it's not just because I hate the M5.
There is a stone circle on the Shropshire/Montgomeryshire border which I share my name with - namely Mitchell's Fold.
We turn onto the A488 near Shrewsbury and head through Pontesbury, Minsterley, passing delightfully named places like Wagbeach, Snailbeach, Hope and eventually taking a right at White Grit. The road takes a sharp right and a sharp left. This is where the track leads up to the car park for the circle. 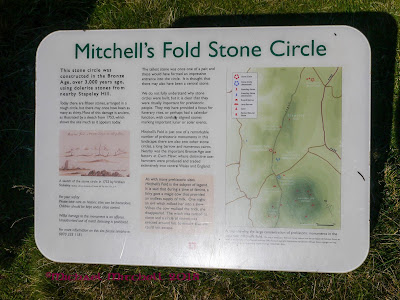 Mitchell's Fold is situated on the South Western slope of Stapely Hill, with the impressive cairn topped hill of Corndon away to the South East.
It's an easy 300 metre walk up to the circle. Slightly ovoid in shape - the diameters being 31m NW-SE and 27m NE-SW.It is thought that there were originally around thirty stones, though only fifteen are visible today. Most are quite small, although three stand out out at 1.7m, 1.4m and 0.9m respectively. The tallest of these was one of a pair, which probably acted as the entrance to the circle. There is also evidence of a central stone, which is now hidden under the turf.
About seventy metres to the South East, in a small clearing, amongst the Bracken, there is outlying stone. This stone is around 0.7m in height.
This is such a lovely place to just sit and while away the hours in the sunshine, but, there is still a long journey ahead for us. So, we head back to the car. Next stop-  Devon. 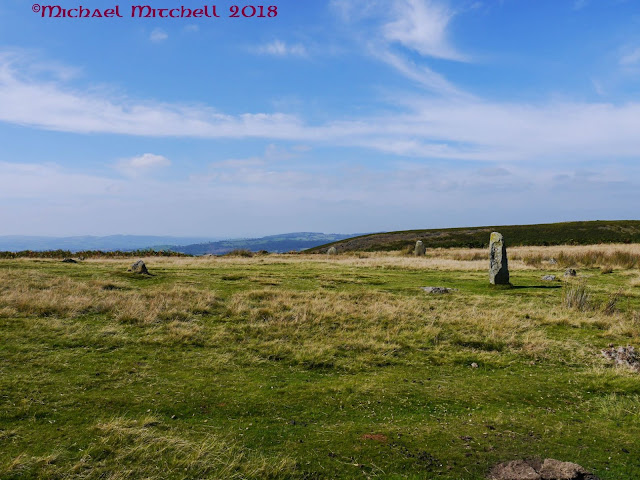 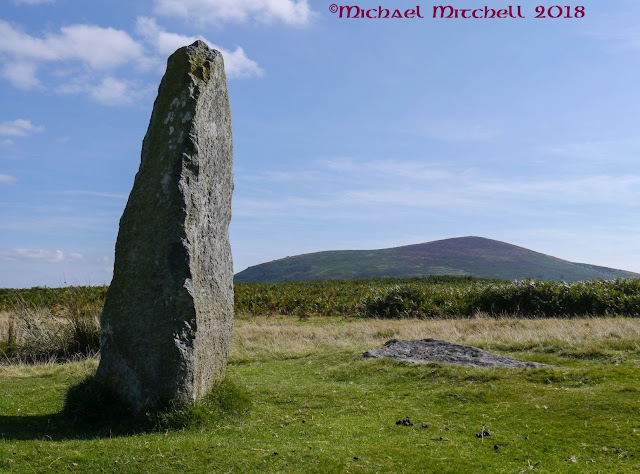 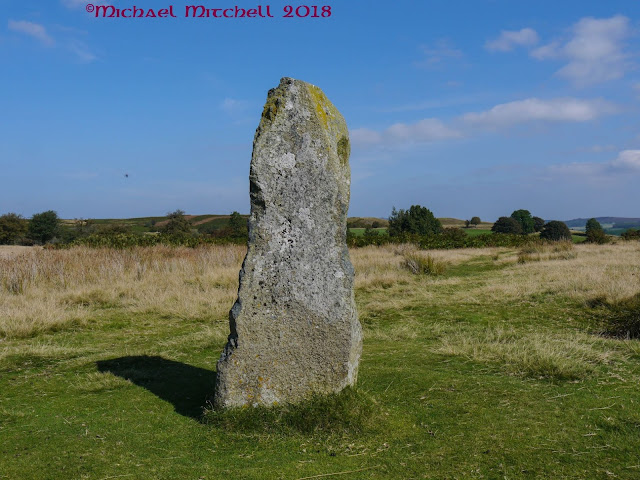 Posted by Michael Mitchell at 22:46