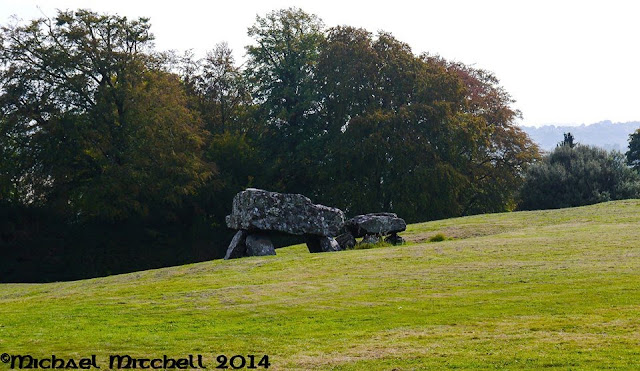 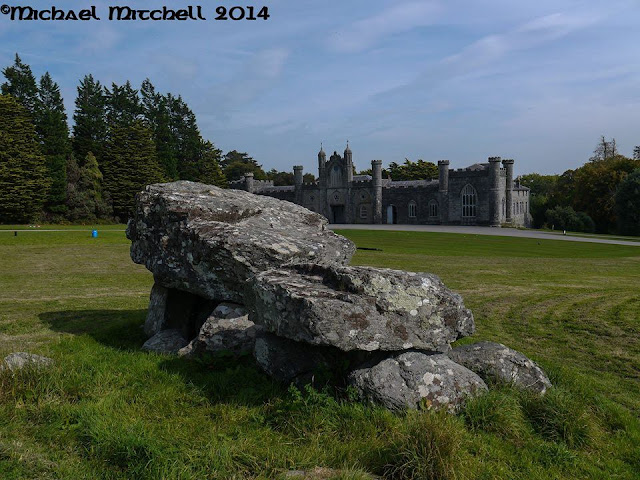 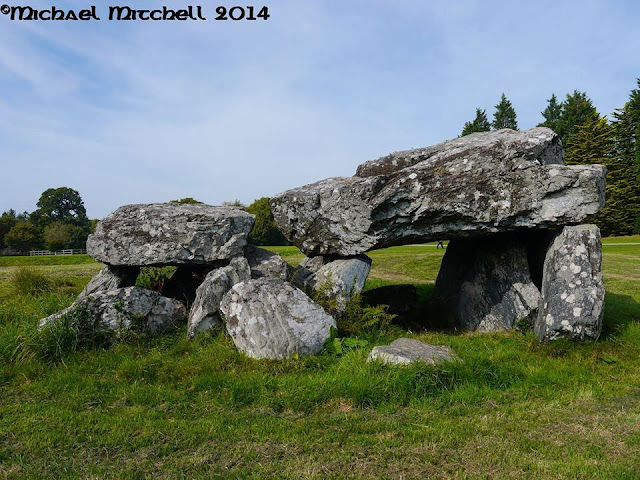 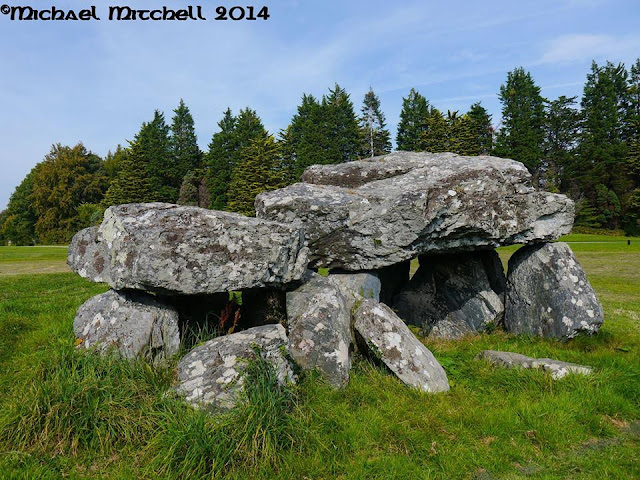 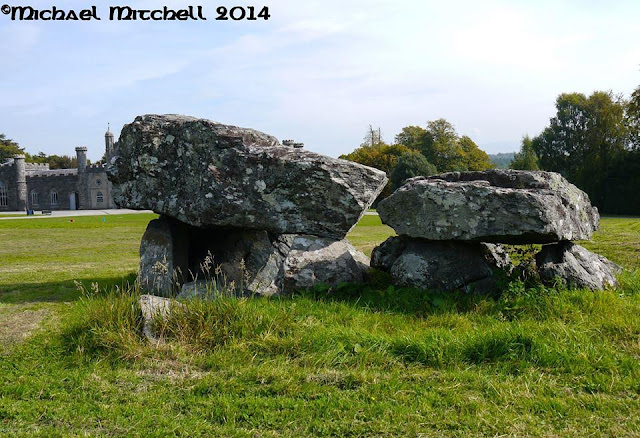 It's our last day before heading back to Ireland, so we are going to spend the day on Anglesey, before catching the overnight ferry to Dublin.
Again, it's a hot and sunny day as we set off after breakfast and head up the A55 to Bangor to cross over the bridge to our first stop of the day - Plas Newydd.
We park up in the car park and can see the cromlech sitting on the green in front of the big house. The easiest and most direct way of accessing it seemed to be, to just nip over the fence/gate and stroll down, which I did unhindered. I took photographs and enjoyed having a good old look, before strolling back the same way. 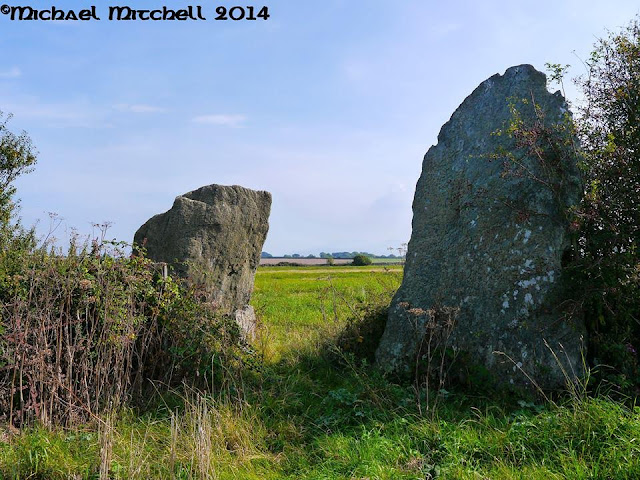 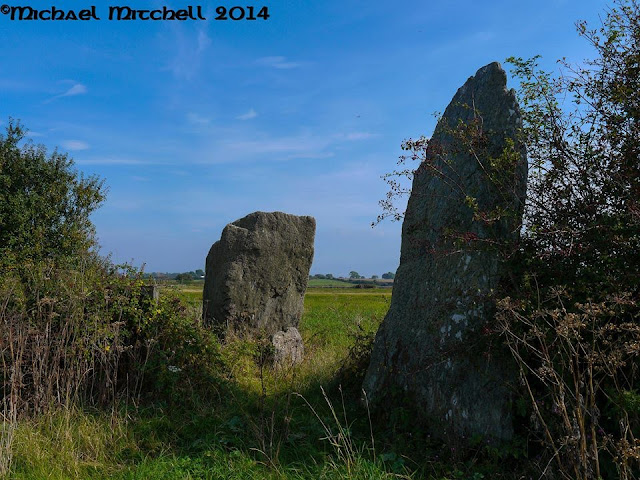 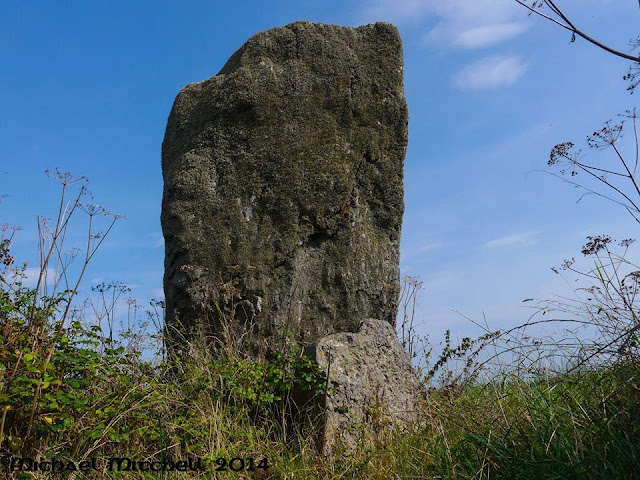 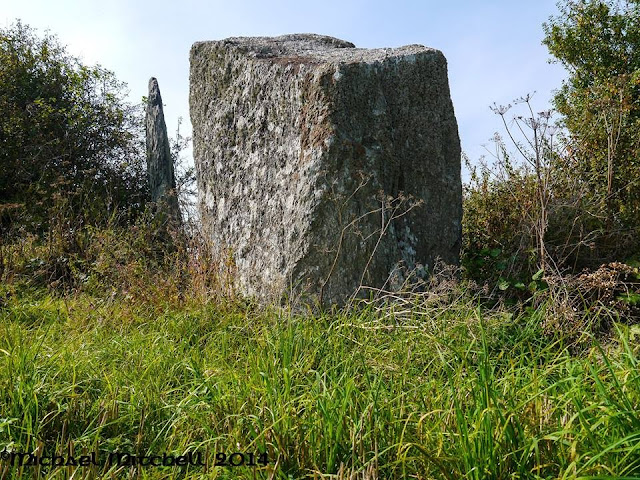 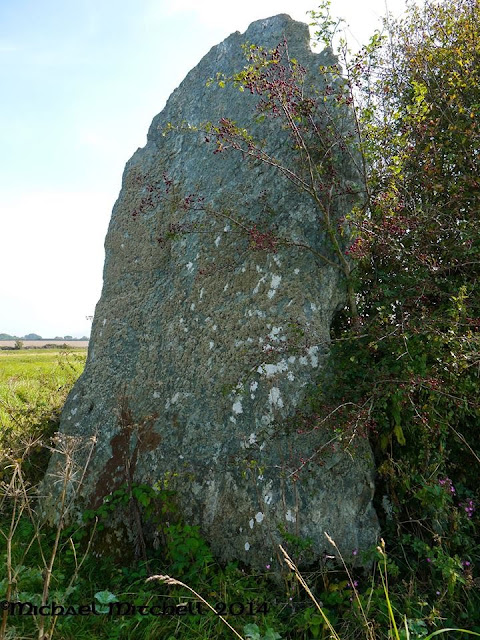 Next up were  the Bryn Gwyn stones. Just past Brynsiencyn on the A4080. We stopped in the wrong layby to start with, but worked out - mainly because there was no sign of them..... that we were in the wrong place. So carrying on half mile or so along the road, we parked up just by where the footpath headed off North through the fields.
The stones soon vame into view, they are incorporated into a field hedge and gateway. The two stones are massive (the biggest is 4m high is the biggest in Wales) and in fact all that remains of a former stone circle. A project was carried out in 2010 to identify and assess the "lost circle" They found evidence of 7 standing stone pits. It would have been an impressive site in it's original state. 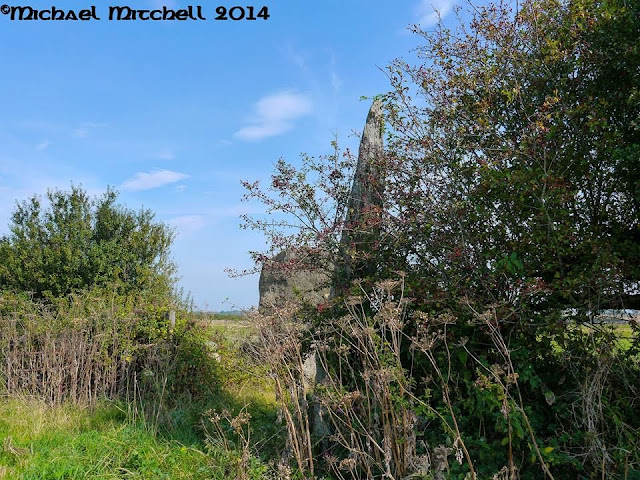 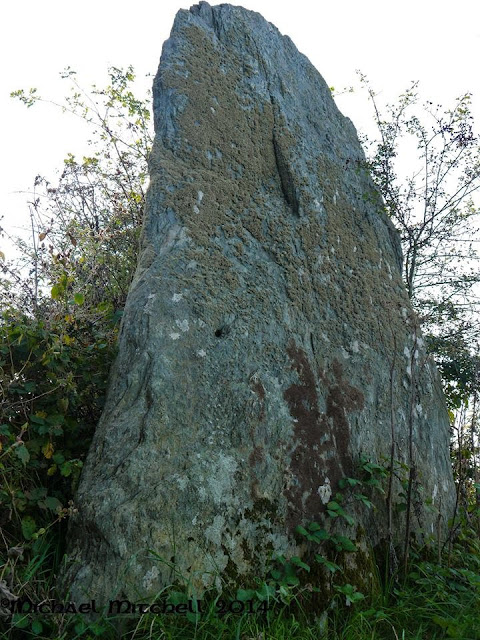 Next, it's back to Brysiencyn and to the lanes to the West of the village. Parking is difficult, but we find a small pull in, before following the fp through the fields to Perthi Duon burial chamber. It's another one that looks more like an Irish boulder burial, but excavations have pointed to it being a ruined portal dolmen. 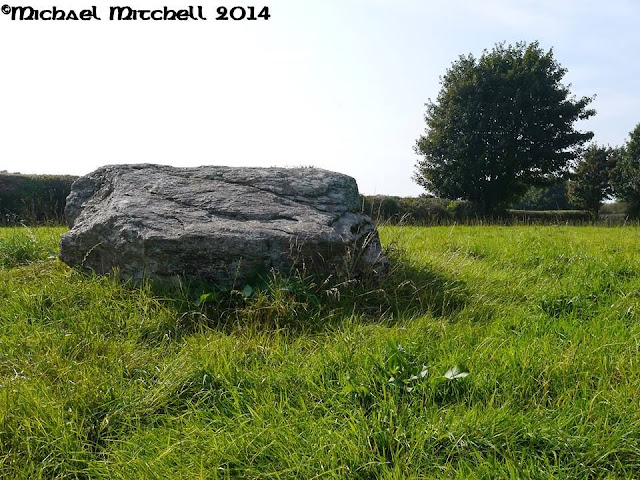 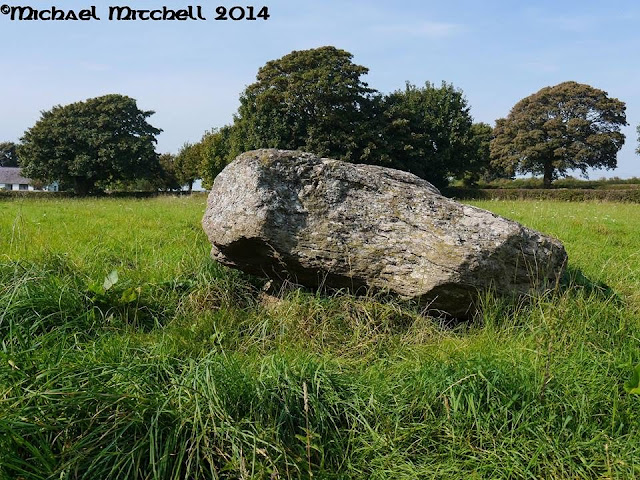 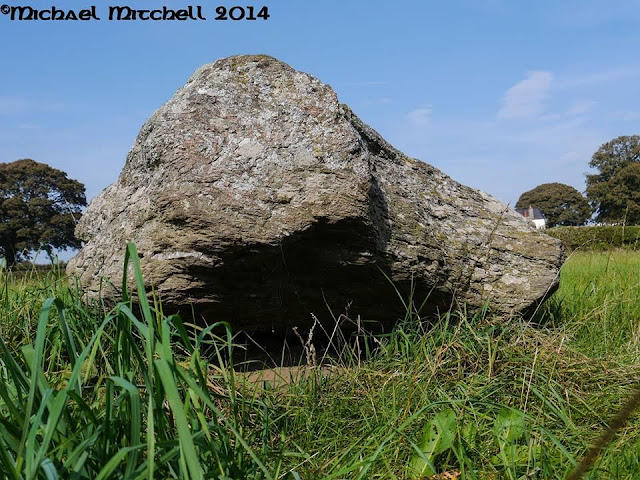 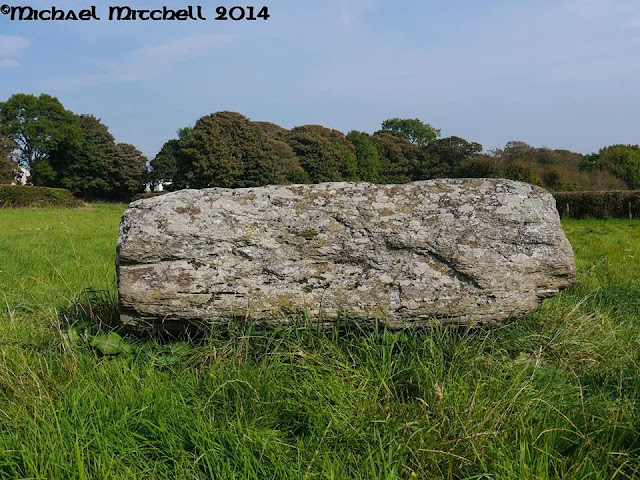 Back on the road and up to Bodowyr burial chamber. I've been here before - it's easy access - right next to the road, there's even a sign for it !
It's a classic portal dolmen and classically fenced in like many in Wales ! Well worth hunting out, if you are on Anglesey. 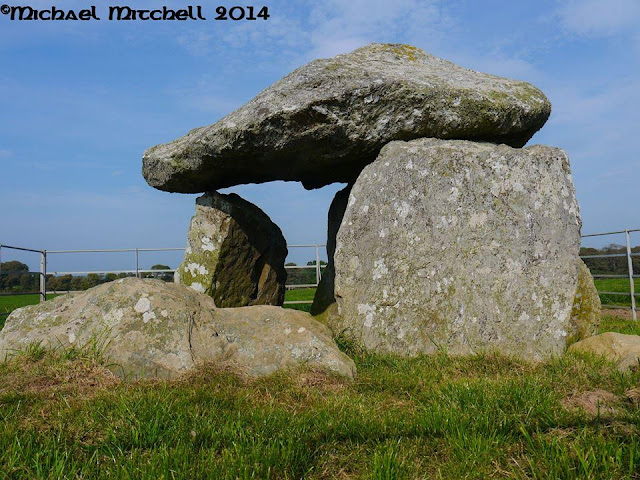 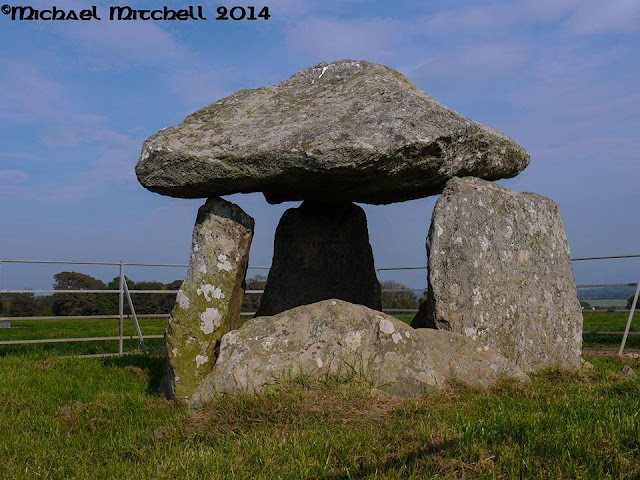 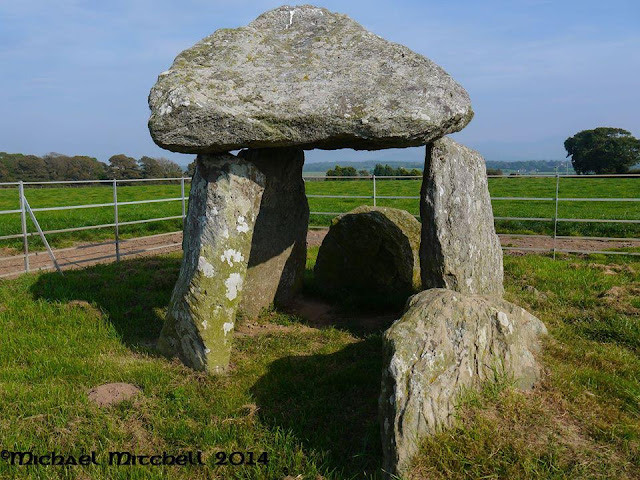 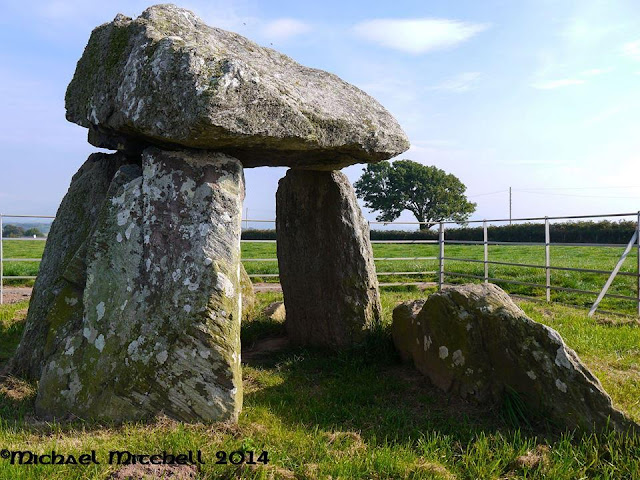 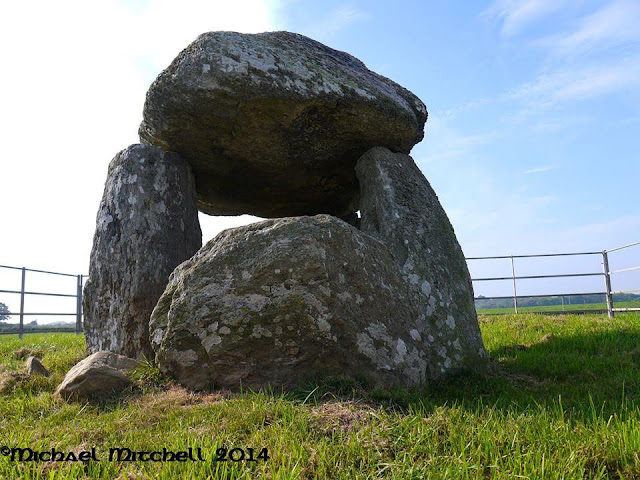 Carrying on through various lanes, we go through the village of Llangaffo and come across a stone which doesn't seem to be mentioned anywhere. It's in the middle of a field, so could just be a cattle rubbing stone, but I nip over and have a look.... just in case. 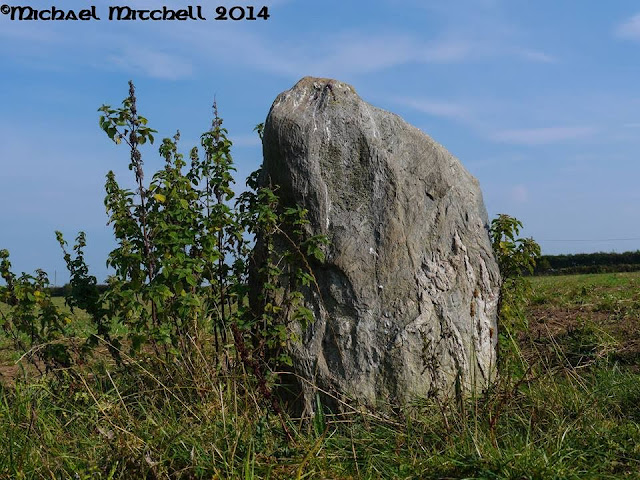 We next pass through Trearddur and call in at Coetan Arthur, which is about a quarter of a mile South of Trefignath.
This is a strange one - variously described as both a natural rock feature and the remains of a cromlech. There is one upright stone and one laying recumbent. 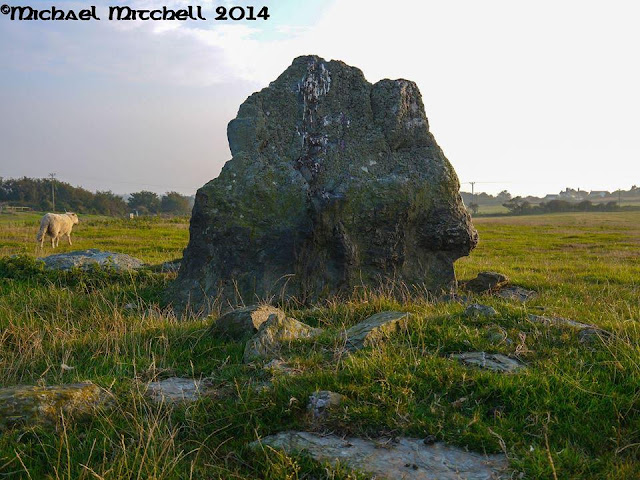 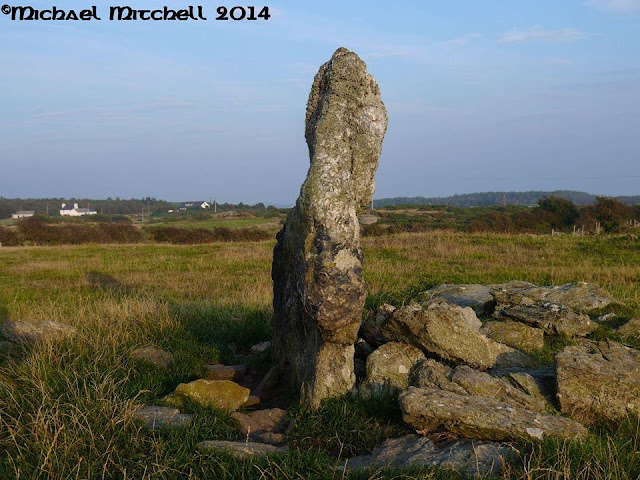 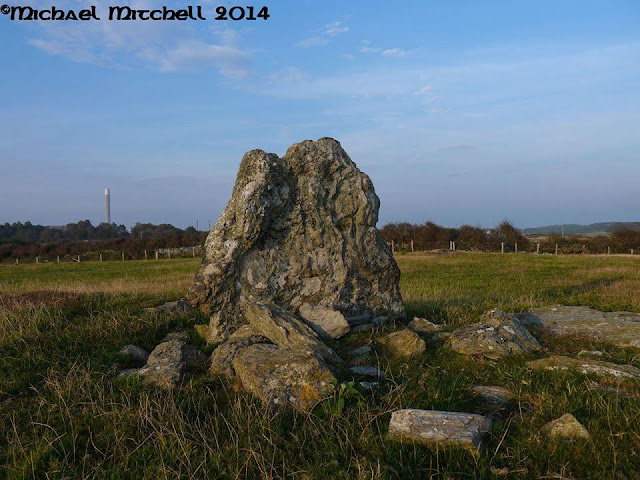 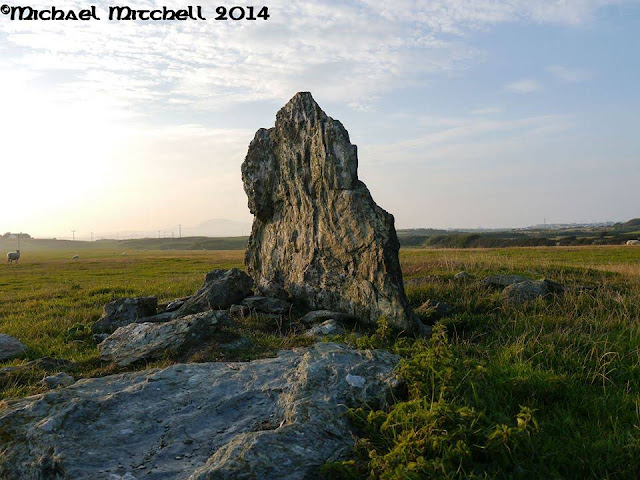 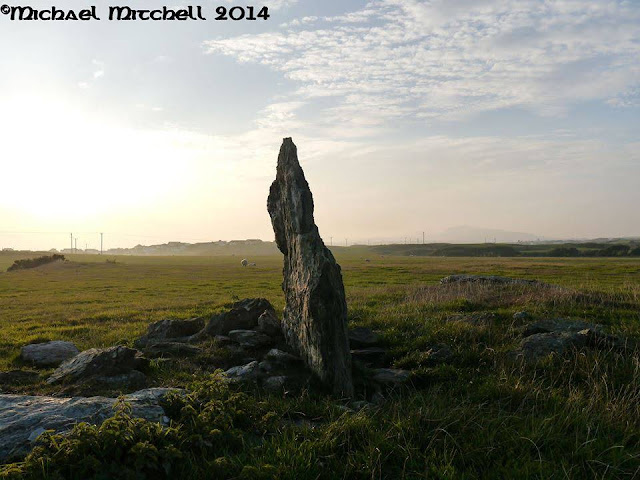 The road layout around here has totally changed since I was last here and we totally miss Trefignath, but somehow end upright by Ty Mawr standing stone.
I love this stone - it seems to twist as it tapers upwards. It looks like the area is being readied for building of one sort or another. I really hope that they don't spoil it !
Well that's the end of our UK trip, just a bit of shopping and a lot of waiting around to do before we catch the Holyhead - Dublin ferry and the long drive back to West Cork. 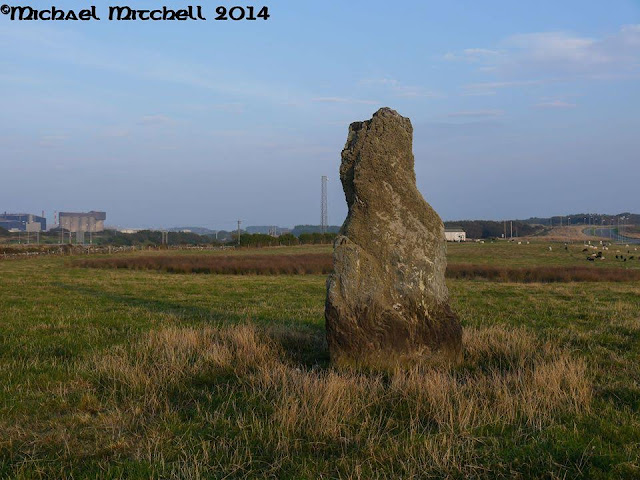 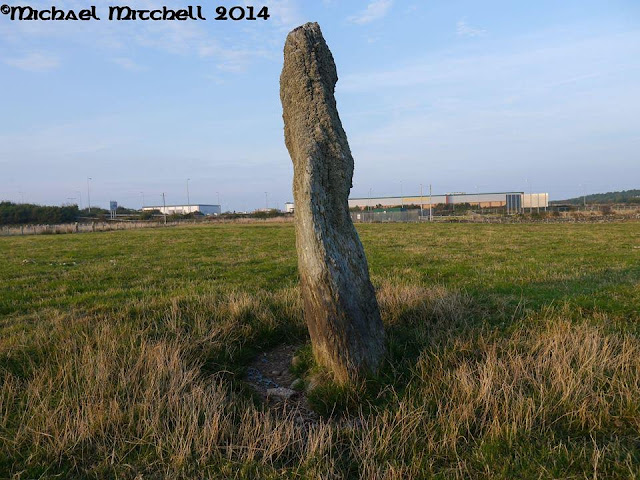 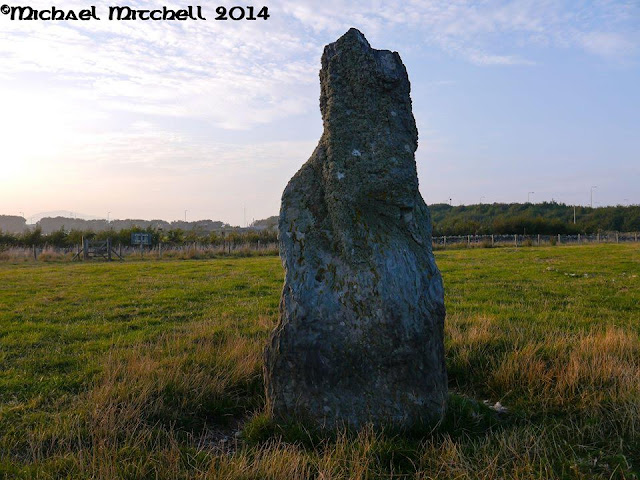 Posted by Michael Mitchell at 14:31