We have finished an early morning IWeBS count at Toormore, so decide to nip off up to Bantry then up through the beautiful Coomhoola/Borlin valley and into Kerry.The objective is a strange little stone setting on the Southern slopes of Knockantoreen in Inchinanagh Townland.
Having parked the car at the end of a track. I follow the track  up to where it crosses the stream coming off the mountains. Here I leave the track and head up the boggy hillside, past the old farmhouse and the associated old field system until I eventually reach the stones.
Three small stones - two aligned E-W. The Eastern stone standing at 0.8m x 0.19 x 0.18 leans heavily Southeastward (but is aligned NE-SW).The Western stone just 1.05m away is 0.64m x 0.3 x 0.08. Just by the Western stone is a third stone - barely rising out of the peat at just 0.18m high x 0.47 x 0.04. Small but impressive !
The National Monument Service has this down as an anomolous stone group. 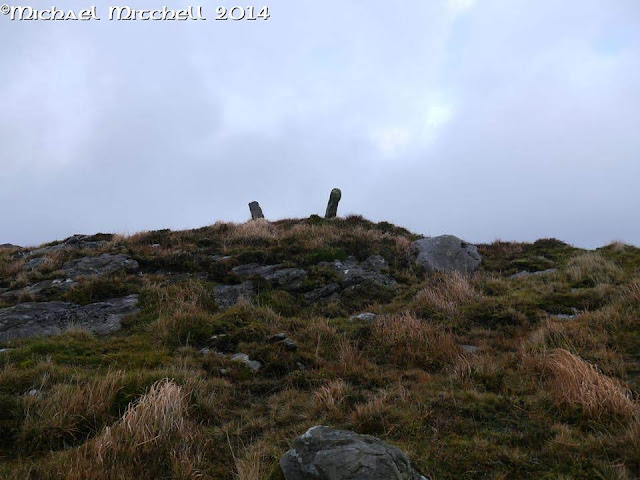 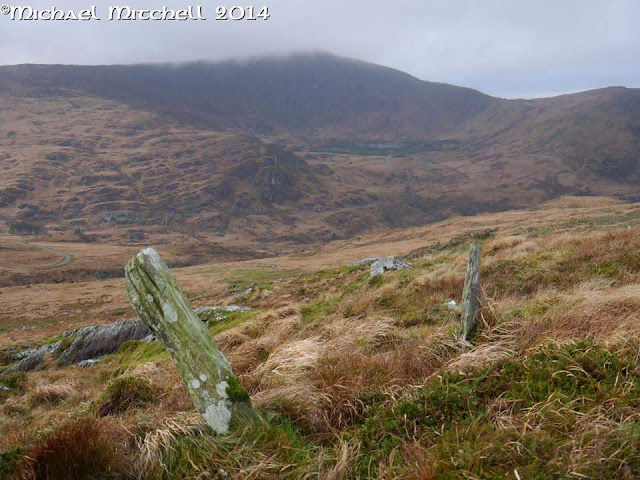 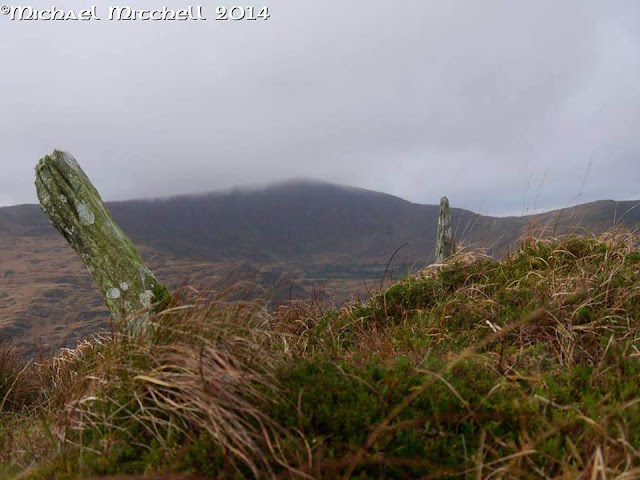 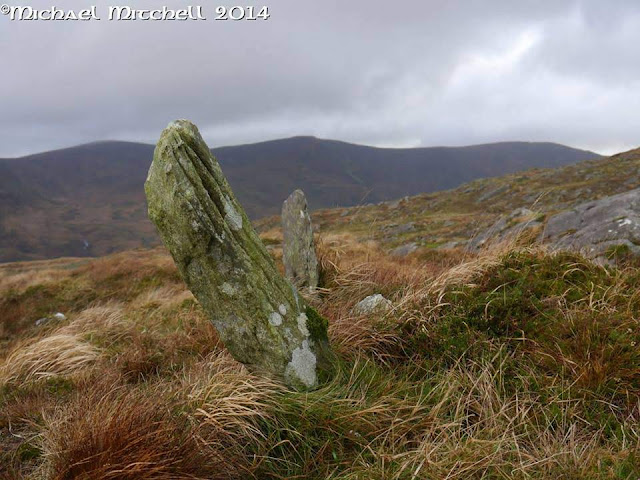 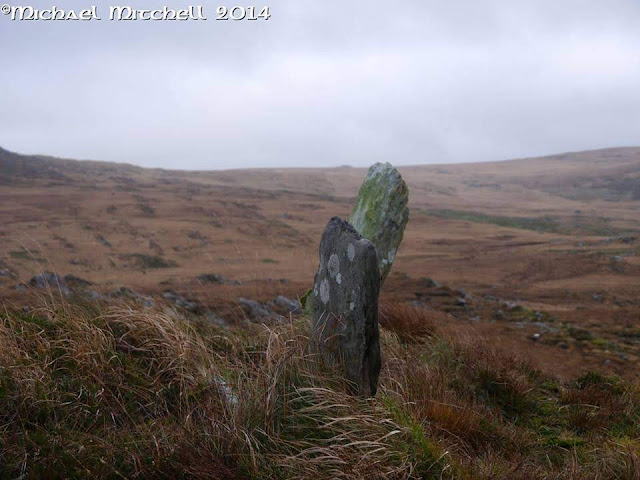 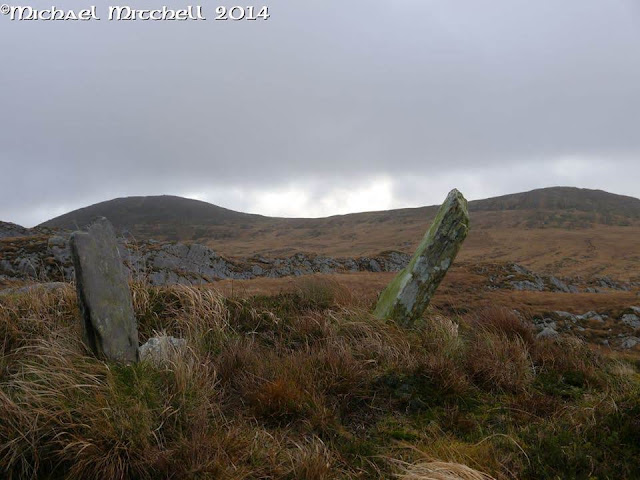 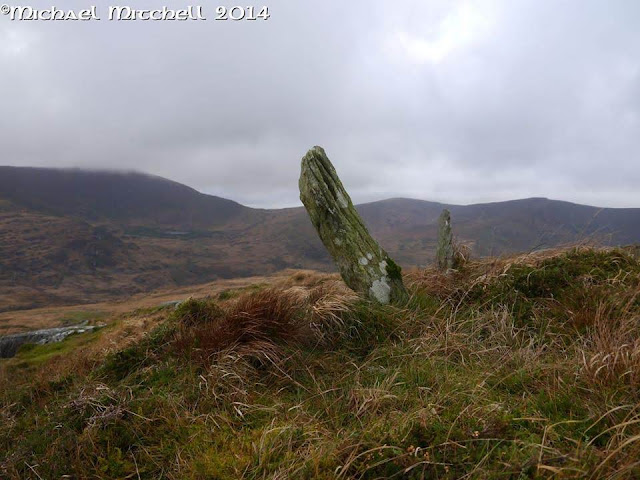 Posted by Michael Mitchell at 15:42