Stones of the Lleyn Peninsula

It's a cloudy/misty start to the day as we set of for our first ever visit to the Lleyn Peninsula.
After a brief stop in Beddgelert we head to Criccieth to have a look at the Castle and the beach. Then head through Abersoch and a few miles South to Cilan Uchaf farm. From here it's a short trek through the fields to find the Llech Y Ddol burial chamber. Situated on the cliff top, overlooking Porth Ceiriad. It rather reminds me of an Irish style Boulder Burial rather than a Dolmen. It's a massive stone in an impressive setting. 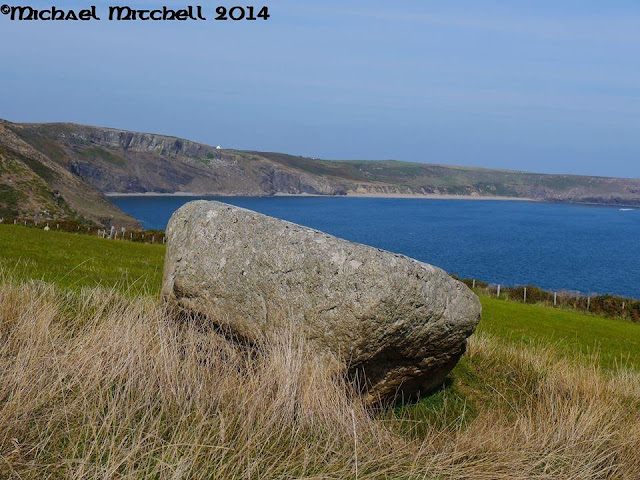 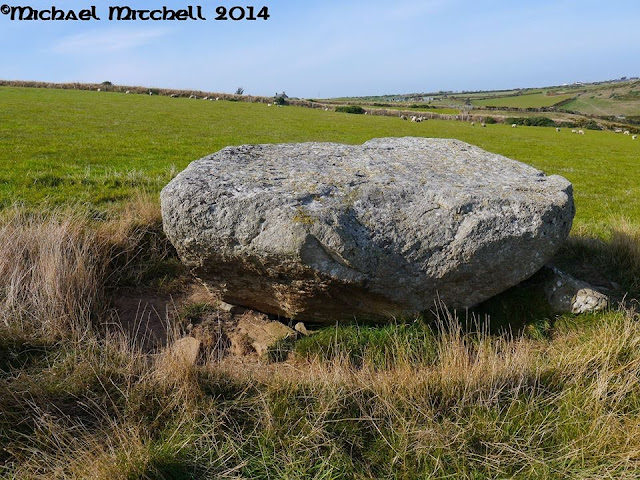 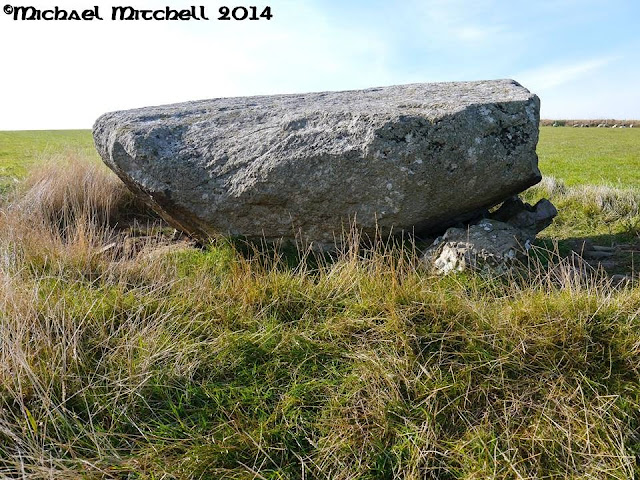 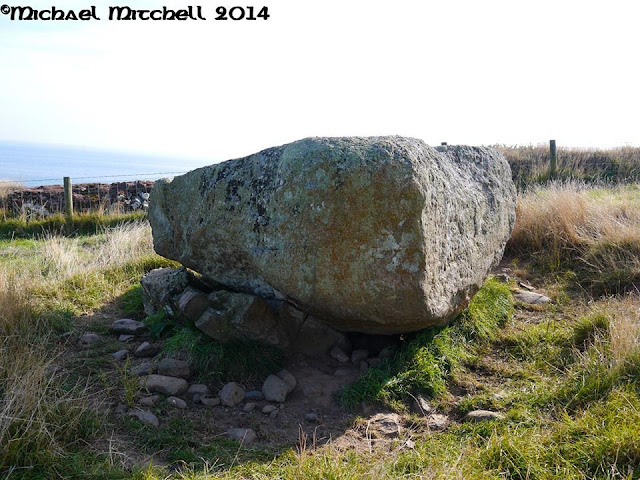 Next up is a standing stone at Sarn Meyllteyrn near Botwnnog.
This large slender stone is in the middle of the churchyard and stands at 2.5m 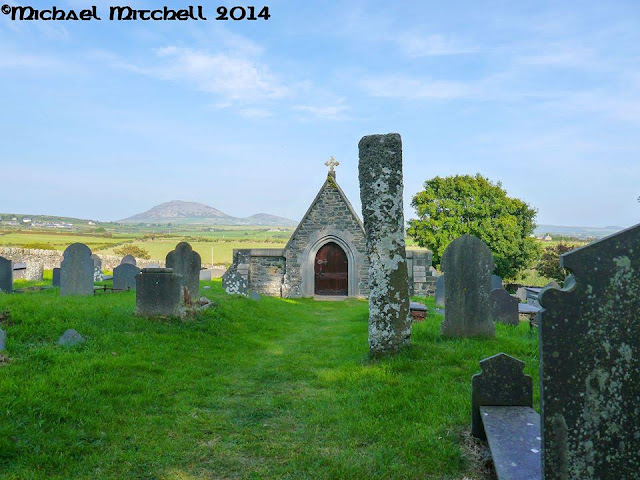 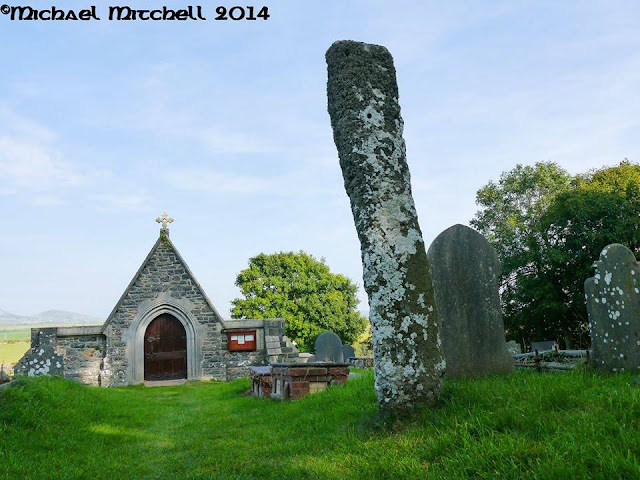 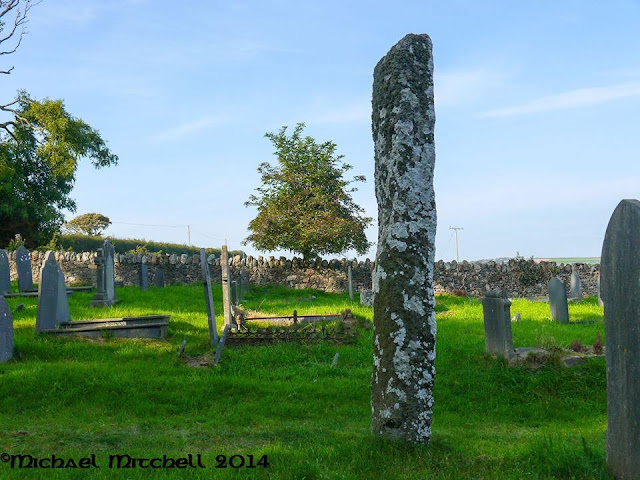 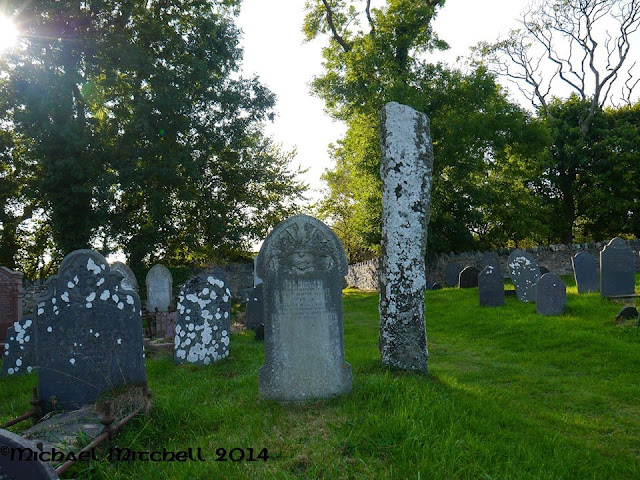 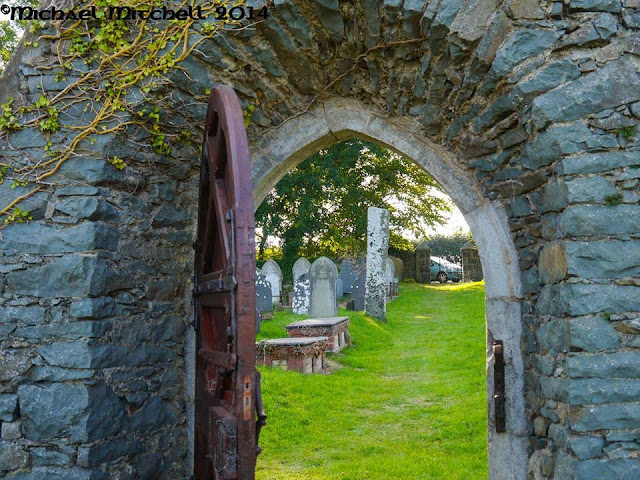 The last stop of the day is to see Bachwen Burial Chamber on the North Eastern part of the Lleyn. It's also known as Clynnog Fawr. We park up by St Bueno's church in Clynnog and head through the churchyard to pick up the footpath over the main road and down a track towards the sea. The track veers left and into the field where the Dolmen sits.
This one is another cracker. It's a shame that it's fenced in, but with the sea on one side and the hills on the other, it makes up for it. The massive capstone, who's shape bears a big resemblence  to the hill in the background has over 100 cup marks.
As usual, time is getting on and it's time to head back to the hotel. Not a bad first trip to the Lleyn Peninsula. 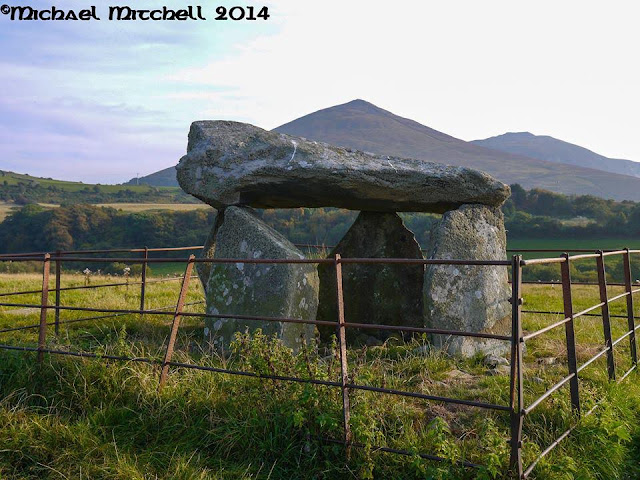 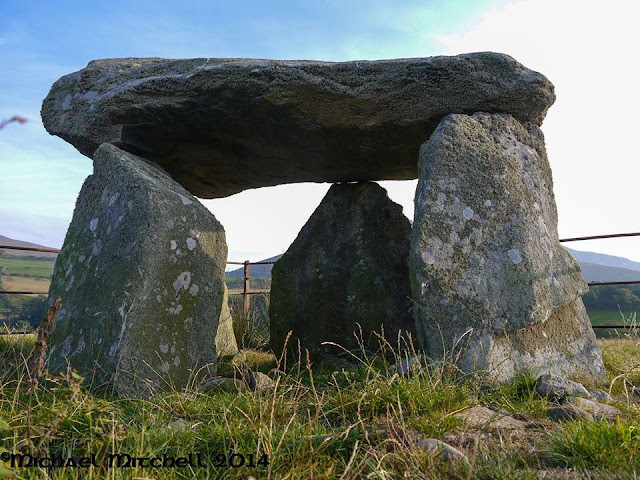 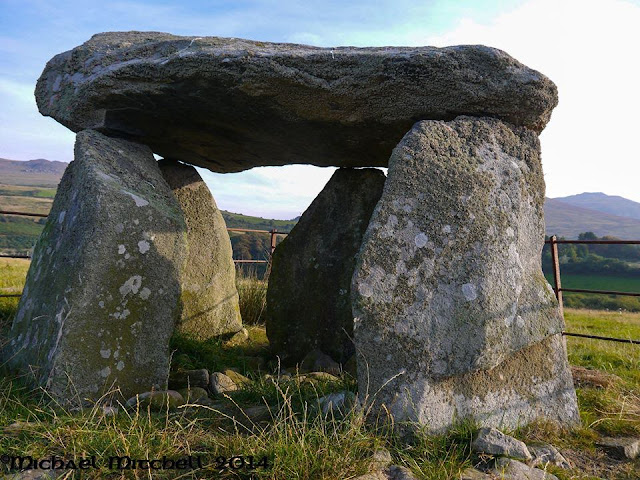 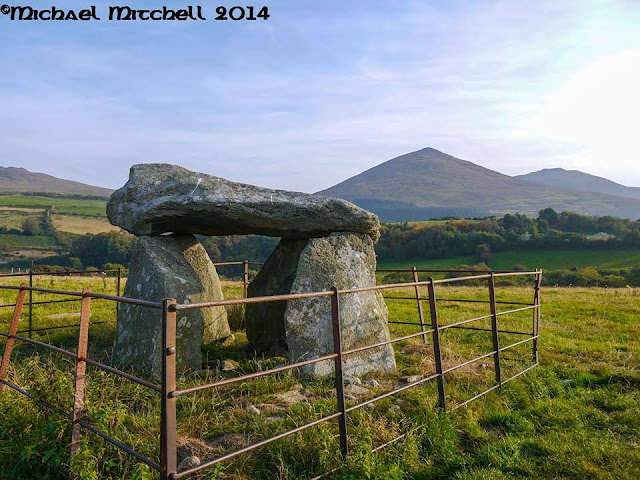 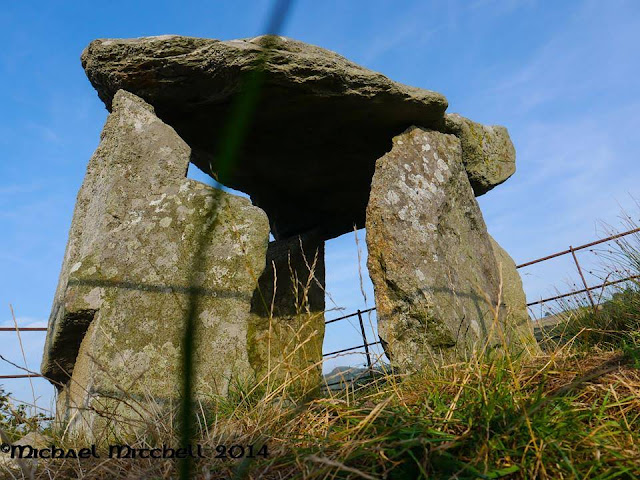 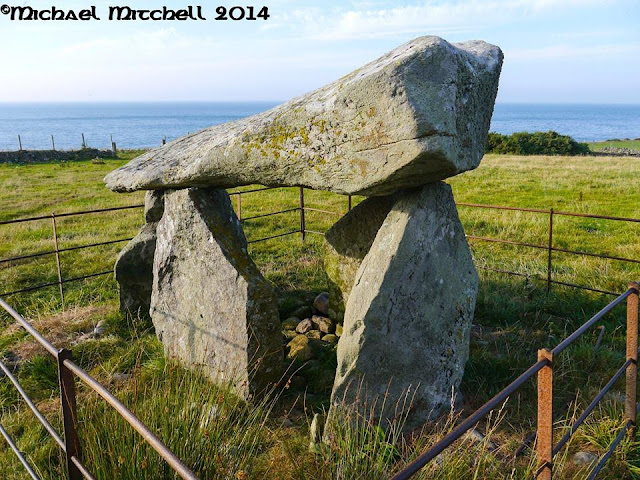 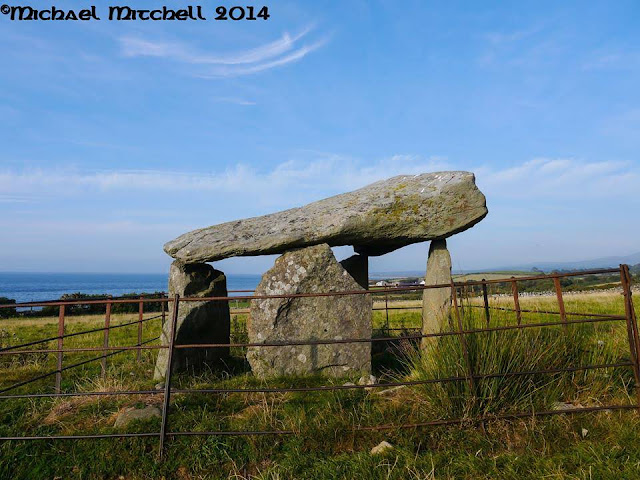 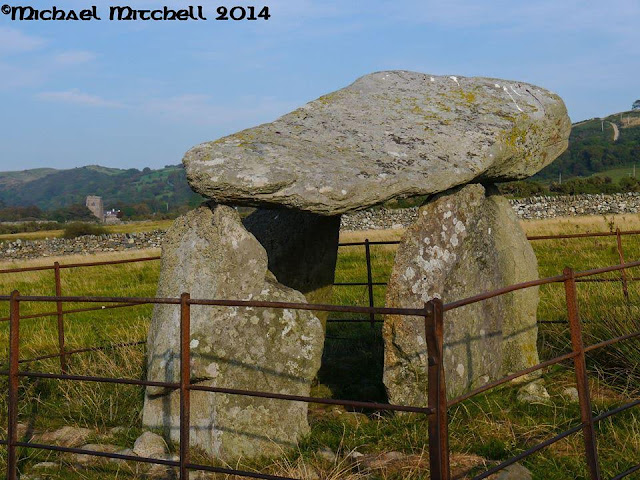 Posted by Michael Mitchell at 14:16