A trip back to Dartmoor wouldn't be complete without popping along to Fernworthy. I've spent many a day here doing bird surveys (WeBS, BBS, Gull Roost, Goosander, Devon Atlas etc) as well as exploring the magnificent archaeology of the area.
Today, we take a drive round to the furthest parking area and then walk up the track to Fernworthy (or Froggymead) stone circle and it's associated stone rows and cairns.
The circle itself, consists of 27 stones. A gap in the SSW of the circle suggests that there were originally 29. 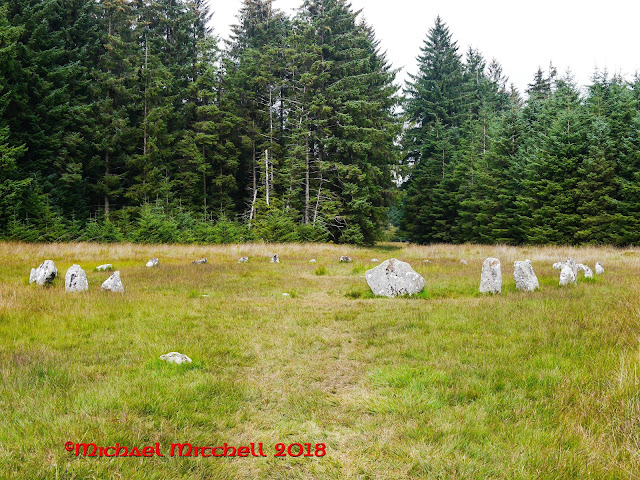 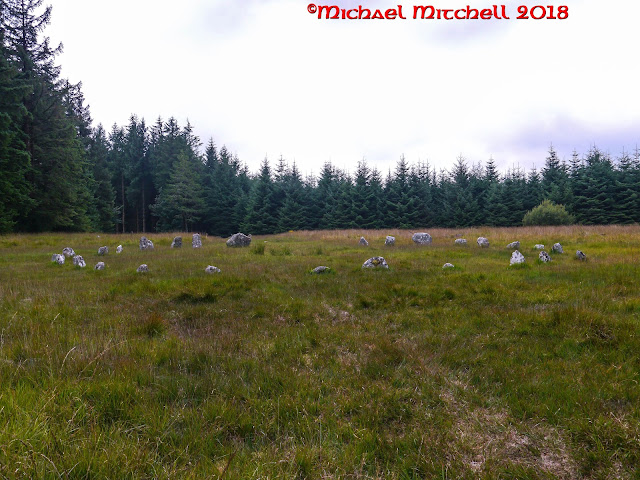 There are three stone rows - 2 double and one single, all of which have an associated cairn.
The two short rows are roughly South of the circle, with the third much longer double row situated 140m to the North.
Two further cairns are present. One to the South by the forestry track and the largest,to the East.
The whole site was excavated by the Dartmoor Exploration Committee in 1897. The findings, published in the Transactions of the Dartmoor Association were published the next year.
They found that the interior of the circle was covered in burnt wood charcoal from numerous fires.
The large cairn to the East contained a small piece of bronze, a button made from Kimmeridge shale, a flint knife and a crushed beaker. The beaker has been reconstructed and is on show at the Plymouth City museum, along with the other finds.
Before leaving the circle, I notice that there are three Crossbills sitting rather noisilly at the top of the pines at the edge of the clearing. It was always a good spot to find them ! 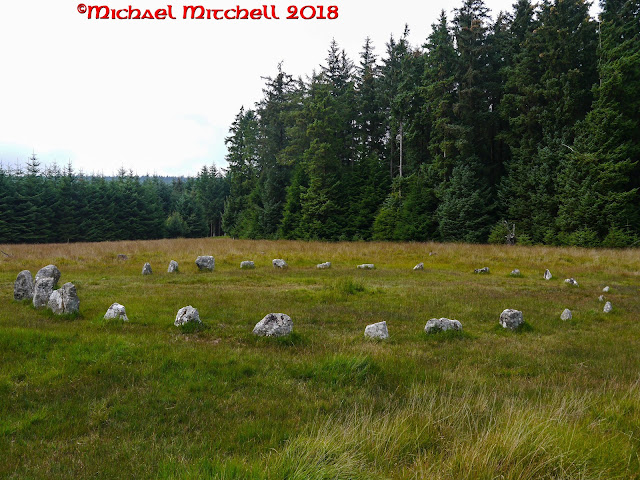 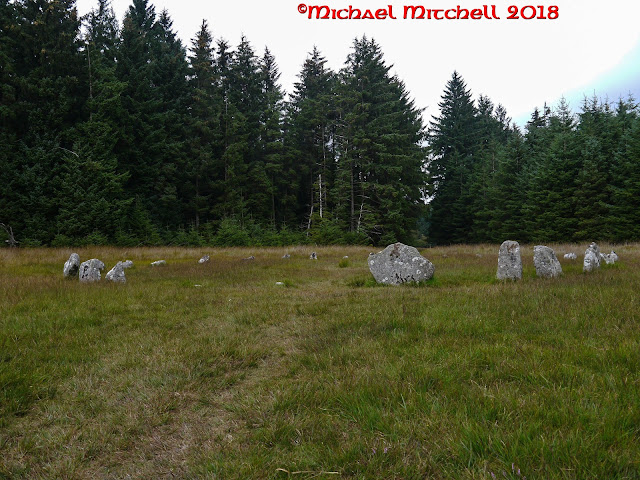 Posted by Michael Mitchell at 13:06