May 26th 2013
We are back in Devon and off to one of my old haunts Fernworthy. I have spent many a day here, not just for stones. I used to do the Wetland Bird Survey monthly count as well as the Breeding Bird Survey and Devon Bird Atlas work. There's not much about on the reservoir. Moorhen,Coot, a few Mallard and a pair of Great Crested Grebes, which are nesting. A couple of Crossbills are up in the Conifers (Conifers are good for something !), there are Redstarts flicking around the hawthorns.
A quick walk up the track from the end car park takes us up to Fernworthy Circle and it's associated rows.It also goes by the name Froggymead. 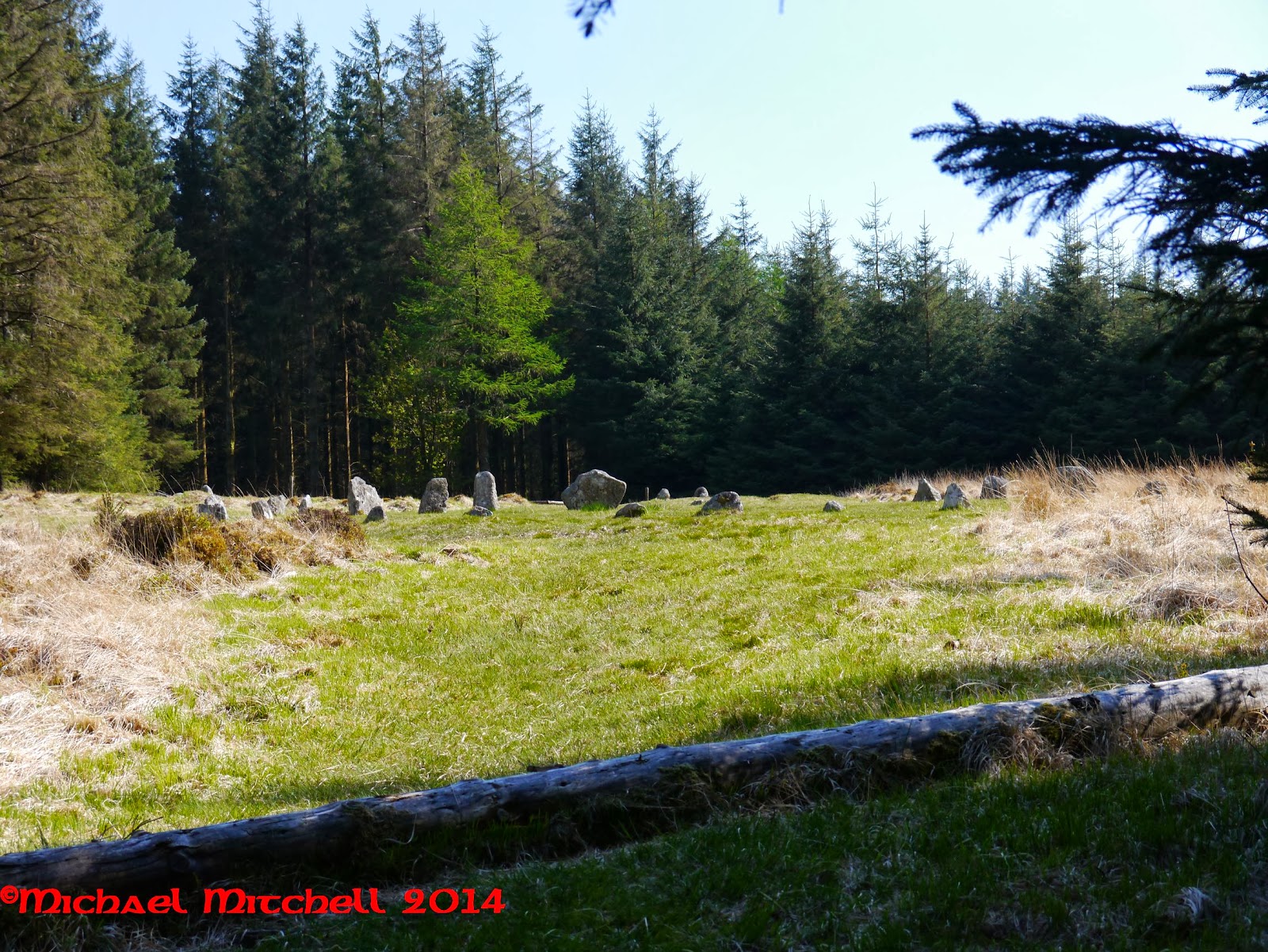 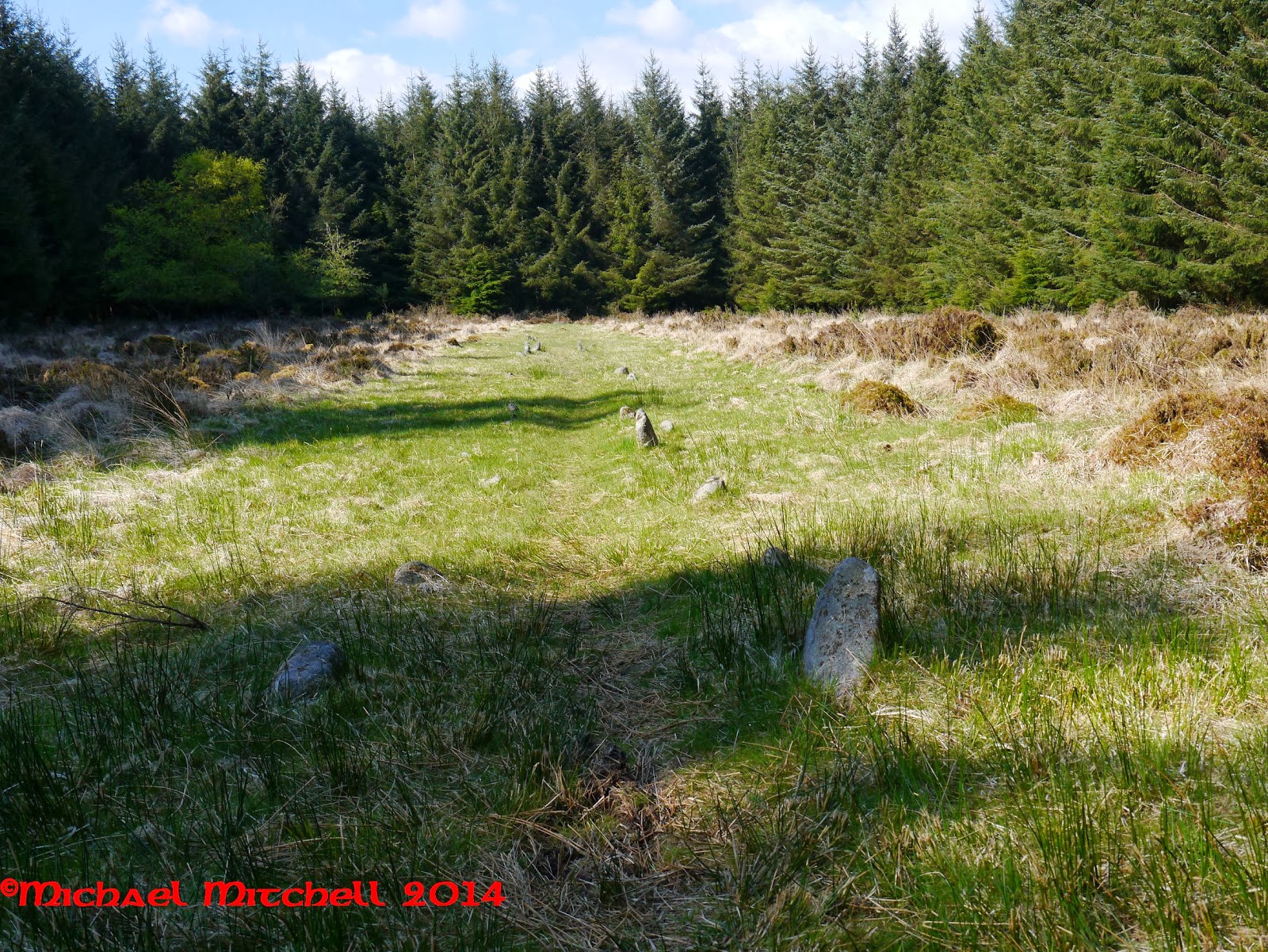 The circle looks as good as ever, undisturbed by the multitudes below enjoying the delights of the reservoir.
The circle itself has a diameter of 20m. 27 stones still stand.They range in height from 0.95. to 0.3m. There is a gap slightly West of South where presumably,  two missing stones would have stood, making a tota of 29. Today, two small flat stones - later additions sit here.
There are three double stone rows. All are in a rather ruinous condition and all terminate at a small barrow.They all seem aligned NNE-SSW. A further barrow lies some 75m WSW. There is no row associated with this one.
The are was excavated by the Dartmoor Exploration Committee in 1893. The floor of the circle was found to be covered in burnt charcoal. 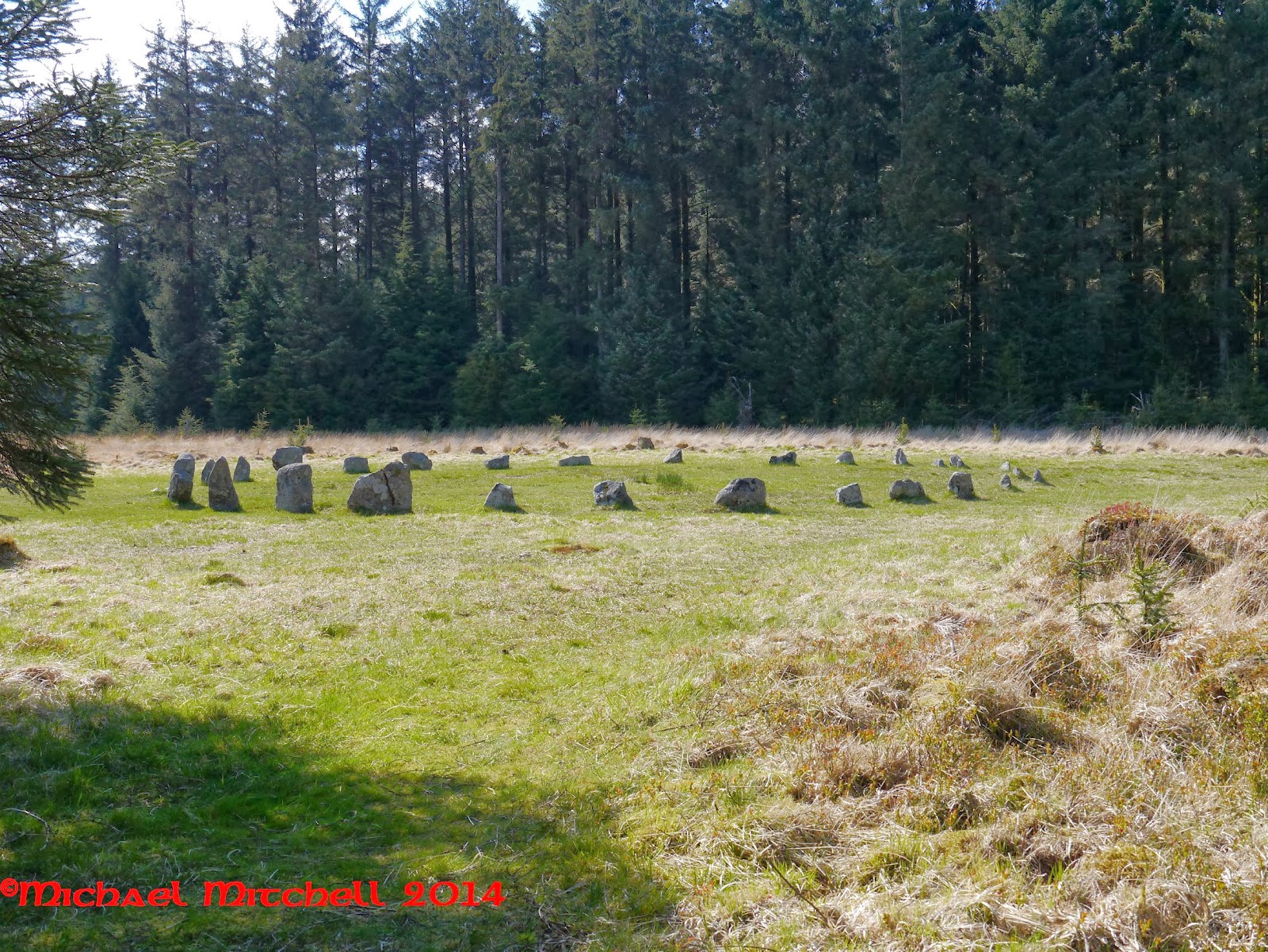 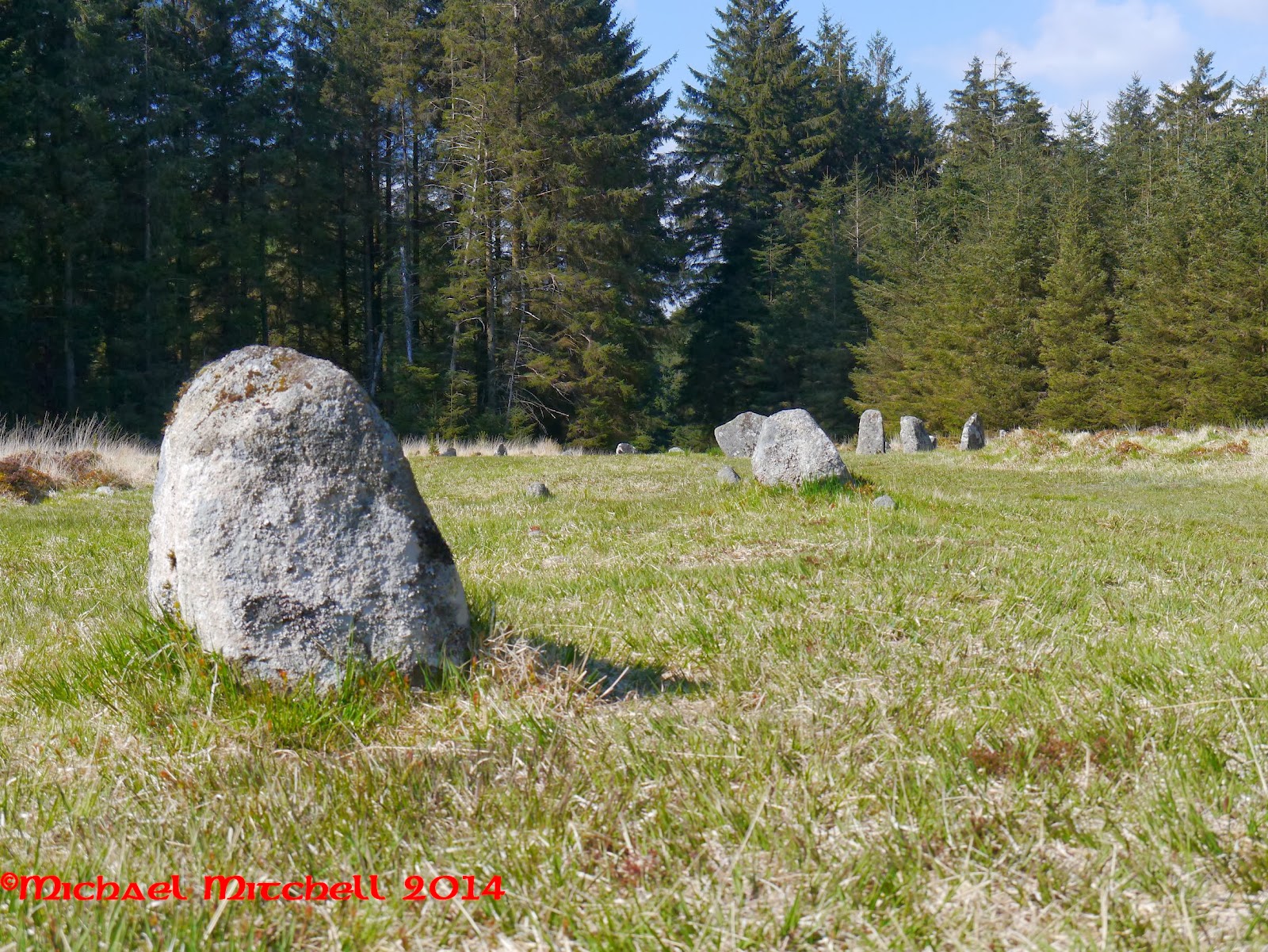 Posted by Michael Mitchell at 11:03