8th June 2013
Today is our last day. The ferry leaves in the late evening, so we have all day to have a look around Anglesey. Luckily, the weather is still holding out. The sun is shining and the skies are blue.
First another quick look at South Stack - still no Puffins among the thousands of Auks and Gulls though.
Heading West and then North, we see our first stone of the day. Situated on the A5025 by Capel Soar, just before the village of Llanfaethlu, this standing stone is 3.1m in height x 1.7m wide (at base) x 0.4m in depth.Aligned roughly NE - SW. The mountains of Snowdonia are visible in the far distance.
Carrying on, we turn off a little way past the village of Llanrhyddiad and head for the small village of lanfechell. There's room to park by the church. Then there is a walk, North along the road then taking a footpath to the right. past the back of some houses until we reach a stile. Over the stile in the far side of the field is the next stone - Llanfechell Standing Stone.
Situated under a massive pylon and with a wind farm in the near distance behind, this really is a mixture of old and new. The stone itself is some 2.6m (8 and a half ft) x 1.5m x 0.25.It is aligned N-S. A fine stone, not complimented by it's surroundings.In 2009, the stone fell but was re-erected in September 2010. Before re-erection, an excavation was carried out, revealling some 20 packing stones, the largest of which was decorated with cup and ring marks.A small slab covered pit was also discovered which contained dark organic material, including Heather charcoal.
Retracing our steps back to the road, we carry on North, taking a side road on the left.A little way along, a footpath goes through a garden (Northwards) and out into the fields behind. At the top of the hill stands our next target - The Three Stones of Llanfechell. As you would expect - there are three stones. All over 6ft in height and set in a triangle, there is a more recent stone wall just feet away. The Wylfa Power Station looms on the horizon. 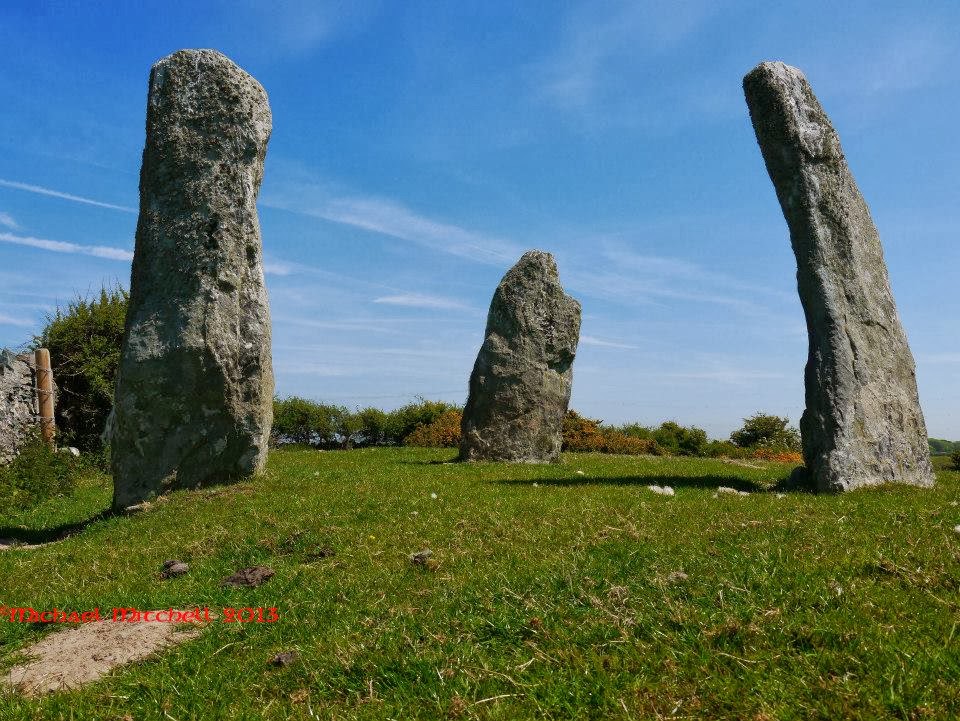 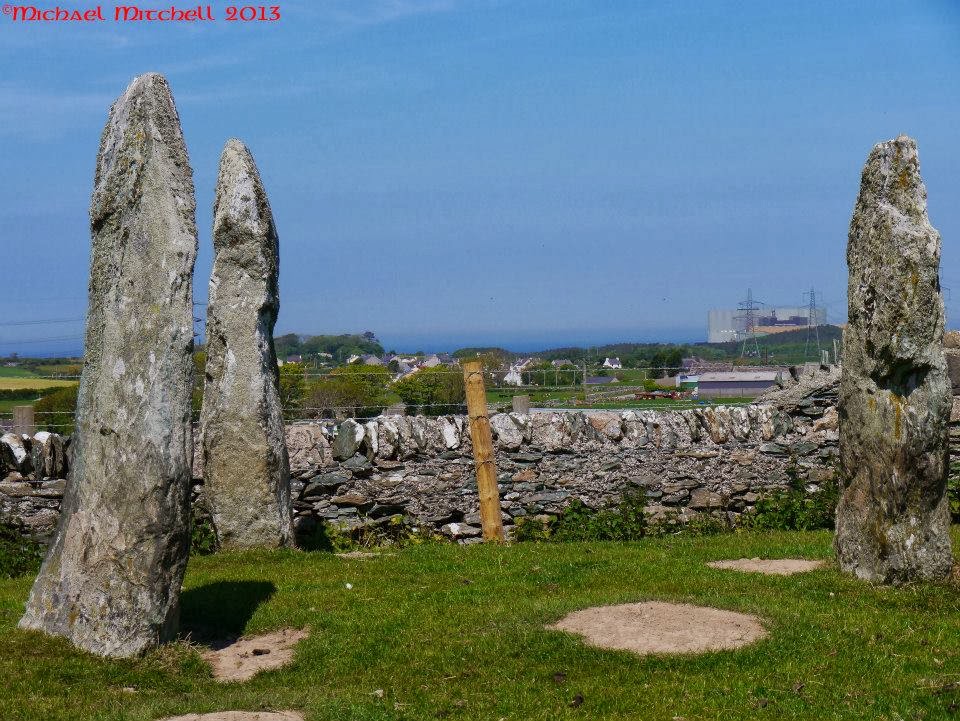 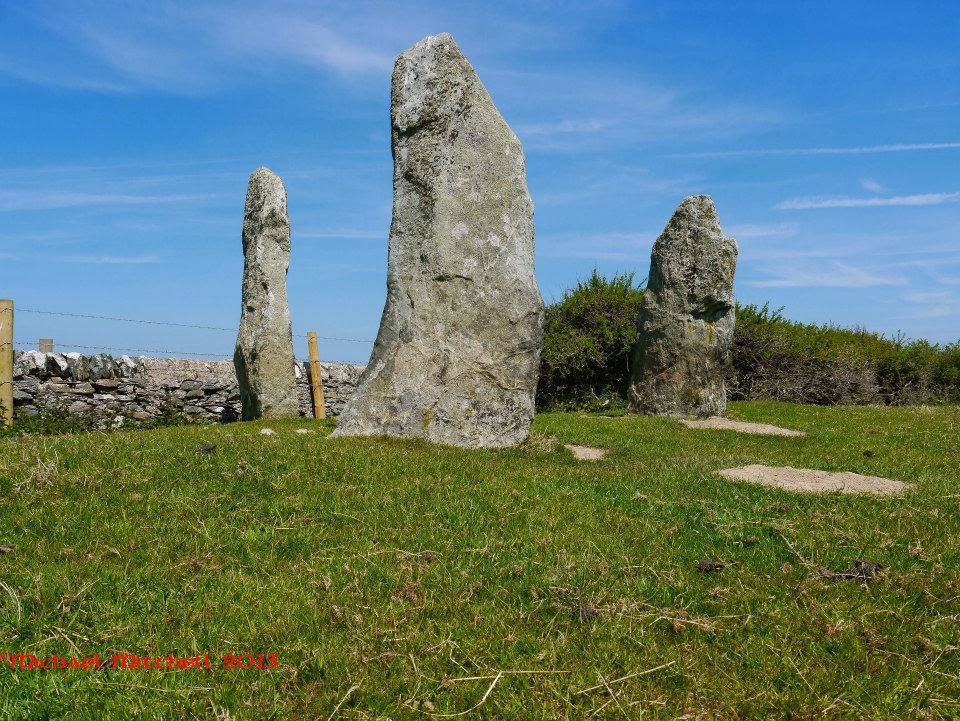 Back to the car and onward to Cemlyn Bay for lunch. There are car parks at either end of the beach, but at the Eastern end - there is an RSPB reserve, containing a large Tern Colony. There are some 1800 Sandwich Terns,40 Arctic and 60 Common Terns, as well as some Mediterannean Gulls amongst the other more usual Gulls and various waders. It's a spectacular sight and well worth a visit.
After lunch, we head into the lanes to find a couple of stones at PenYr Orsedd.The first is the more Southerly stone and stands at 3.9m (over 12 and a half ft) x1.2m x 0.2m. The Farmer here told me that there used to be a third stone, now lost.
The Northerly stone lies some 280 metres away and is a massive 5.1m high (over 16 and a half ft) x 1.7m x 0.8m. with the now familiar sight of Wylfa dominating the background.
Time to start heading back towards Holyhead for the ferry to Dublin.It's been a really enjoyable two weeks in the UK. We have been really lucky with the weather. Let's hope that it continues throughout the Summer.
Posted by Michael Mitchell at 22:18